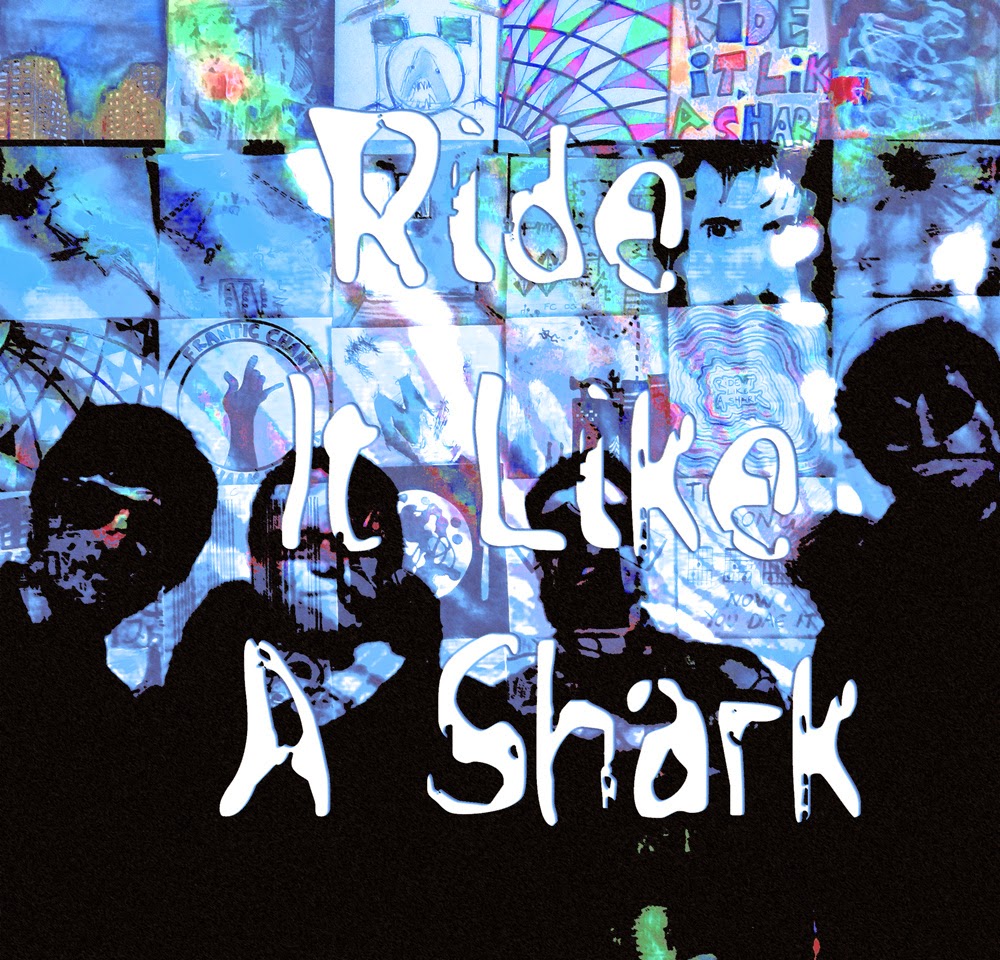 Sometimes I get an assignment that completely knocks me out of the saddle. There are SO many great bands out there, that no matter how dedicated one is to the search for quality music, you’re bound to miss some giants.

Such was the case for me when stumbling over Edinburgh Scotland’s Frantic Chant. "Ride it Like a Shark" is their sixth full length record, and is an amazing and full listening experience. Expertly produced, with solid song-craft matching perfectly with sonic sheen. Instruments are effected, gated or transformed into organic beasts from another dimension, blending perfectly with melody and color into sentient beings with lives and histories all their own. Part Lovetones, part High Dials, Frantic Chant delivers an altogether new experience. This is magic.

The first thing you’d notice about this band is that they do not follow pop music convention, although they certainly have an extremely radio-friendly sound. Songs serve as setups and introductions for the next, one sound concept flows into the next and there is a very much big-picture concept going on at all times. Although it’s certainly possible (and desirable) to pluck single songs out to hear on their own, listening to Frantic Chant records as entire pieces is the optimal way of approaching them.

"Ride it Like a Shark" starts off with a spoken word piece "The Meditation Garden", full of orchestral underpinnings and paranoia. “I’m in trouble, because I know too much”, this final sentence leads us into the eleven plus minutes of groove pop majesty - "The March of the Electric Hands". Most bands wouldn’t have a clue as to how to handle eleven minutes of sonic space, wandering off into wankery or losing the integrity of the tune in drone or groove, but Frantic Chant shows early that they have this thing sorted. There’s a real confidence in their sound, and the enchanted listener can’t help but ride along.

The lovely arpeggiating guitar of "Great Orators of the Public Houses" blends effortlessly into "Heavy Delusions (Parts 1 & 4)". At this point you’ll notice that Frantic Chant has no pretentions about fitting into one genre or another. They’re not sitting there in the studio with vintage gear saying ‘this fits, this doesn’t’. Quite the contrary, they are making full use of sounds, from every era available, to create an intricate tapestry of sound. There is a great sense of care being given to every detail, and this is a listening experience that demands your attention.

"The Hit" is a highpoint in a series of highpoints. We’re trekking the sonic equivalent of the Alps, though, so there are no comedowns in quality, only beautiful places to rest and reflect. "Surf Draft (Uproar at the Hipster’s Convention)" channels early Dandy Warhols, and coasts seamlessly into "What Lies Beyond". "Higher Than Arthur’s Seat" is a soaring gem and the title track "Ride it Like a Shark" delivers more lyrical psychedelic imagery than ten acres of Strawberry Fields.

The journey finally ends with the coda "Broken Biscuit Head," chock-a-block full of backwards masking, reverb soaked vocals and a sweet farewell to a perfect dream. The repeating final verse ‘I’m not high enough’ seems like a challenge not only to the listener, but also to the band. Despite the opus they’ve created here, the path leads onward.

Frantic Chant will return and I will be waiting to take that ride again.