Out Of The Crates

Out Of The Crates is a new feature here, which gives readers the opportunity to show off the most treasured items in their record collection.
Cal from the "Cosmic Tones For Mental Therapy" psychedelic radio show ( see here ) holds the reins this time. 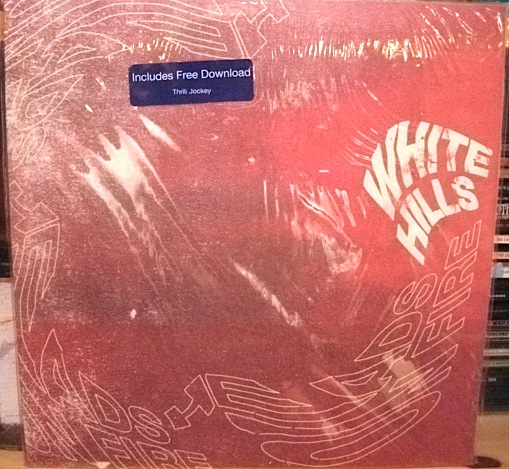 White Hills
First off is my copy of the first White Hills LP, Heads on Fire. I initially discovered this album on Amazon.com. It was listed for a reasonable $15 or something, so I bookmarked it and decided to give it some thought. I kind of forgot about it until the band released some more critically acclaimed albums (around 2010) that caught my attention. I returned to the bookmark only to find a single copy for about $60. Sheesh. I scoured the web for a while and discovered it was "Out of Stock" virtually everywhere. At this time, I was about to travel cross-country to All Tomorrow's Parties Festival in New York, where White Hills were slated to perform. I decided I'd just wait til then and see if they had any at their merch table. While there, I was actually able to meet Ego Sensation (bassist) and chat for a bit. I told her that the only copies of the record I could find were going for $60-100, and she thought that was crazy. "It's a good record, but wow..." she said. Unfortunately, they sold out a long time ago, leaving me right back where I started.
After a while, I almost gave up on the search, until one day I was killing some time at a local Denver shop called Wax Trax, not really even looking for anything. Skimming through the 'W's, I discovered this brand-new copy for like $13.50. Overjoyed was I. 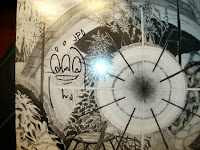 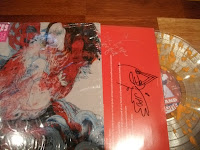 Thee Oh Sees
Next up is a couple signed records from the outstanding freak-out garage tremor merchants, Thee Oh Sees. Not much to say about these, except for that I will probably not be parting with them any time soon. And John Dwyer is one rad dude. 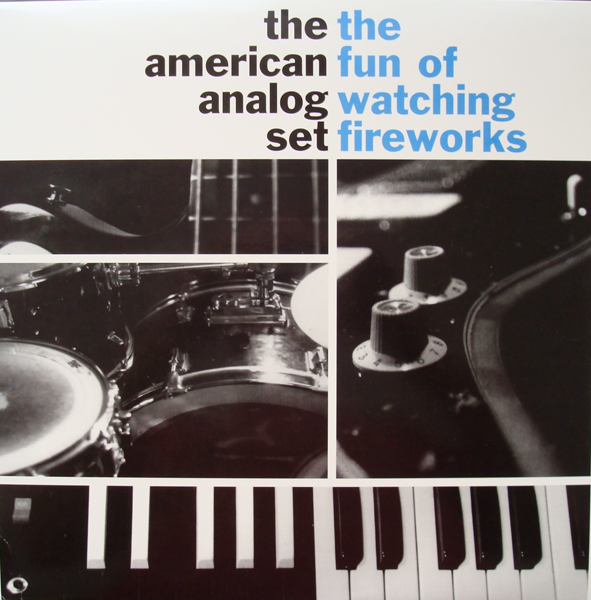 The American Analog Set
The American Analog set is an absolute nostalgia-trip for me, doing their little slow-core/shoegaze/alternative thing better than anyone else I've heard. Their first two albums are pure bliss, and more psychedelic-ly inclined than their new-millinium material - which are still very collectible. This, their 1996 debut LP on the tiny Emperor Jones label, has no pressing number-hype attached to it, ("limited to 500 copies!" etc.) but is next to impossible to find. A prized possession for sure. 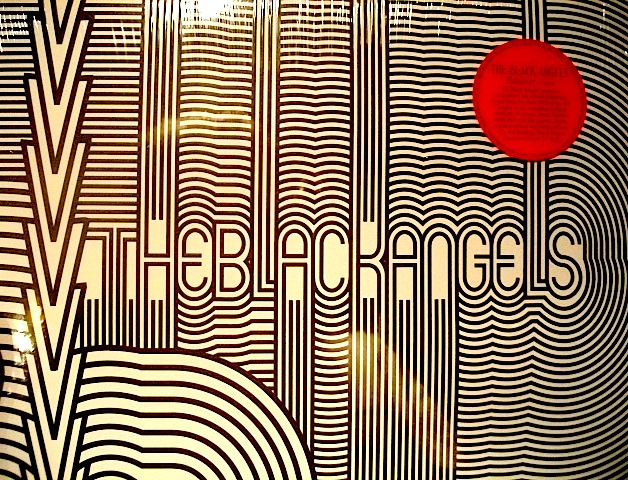 The Black Angels
I recently found a SEALED copy of the limited and very hard-to-find Black Angels' debut, (first-pressing, with the oh-so-cool embossed gatefold) for a criminally low cost. I know how much this thing goes for at auction, so I almost felt bad about buying it. It's the only 'sealed' item in my collection - which I also feel kind of weird about. I should probably just open the damn thing, huh? 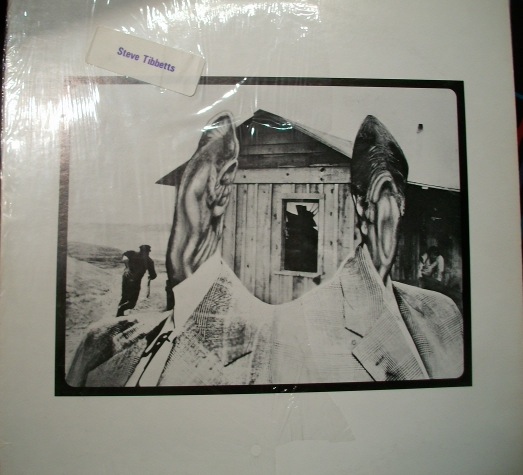 Steve Tibbetts
Lastly is Steve Tibbetts self-released debut. I seem to have a treasure trove of incredible music that very few people can care about, and this album embodies that notion perfectly. My dad has a lot of these old solo-acoustic guitar albums - most of which are of the thrift-store variety rather than the collector's wet-dream Fahey/Graham/Basho variety - so I just thought this was another one of those. I remember listening to this expecting some mellow new-age folk, or maybe some jazz, only to have my mind turned inside-out by time the needle hit the runout groove of side A. Side B is even more explosive, and makes this one of the few albums that I will actually classify under pure genius. The music really cannot be compared to anything. The story is great too; Steve originally recorded it in a late-night, clandestine manner after he graduated from Macalaster College (and was no longer allowed to use their studio) and released it by himself (almost unheard of in the '70s). It made no sense to almost any of the radio stations or record companies he sent it to, leaving him with about 200 hand-numbered copies that he didn't know how to get rid of. He recorded more commercially successful releases through the '80s, but this one remains a gem of obscurity, and a high point for his career.
I hope you enjoyed reading this, and if you'd like to hear a radio show I did with some more of the rarest records in my collection, go here: http://archive.org/details/CosmicTonesAncientProteinStringsOfTheGeneticCode
None of the show's featured albums are mentioned above, but below is a picture of some of them. (included are the second Tibbetts record, Robbie Basho, Sandy Bull, Six Organs of Admittance, and more). 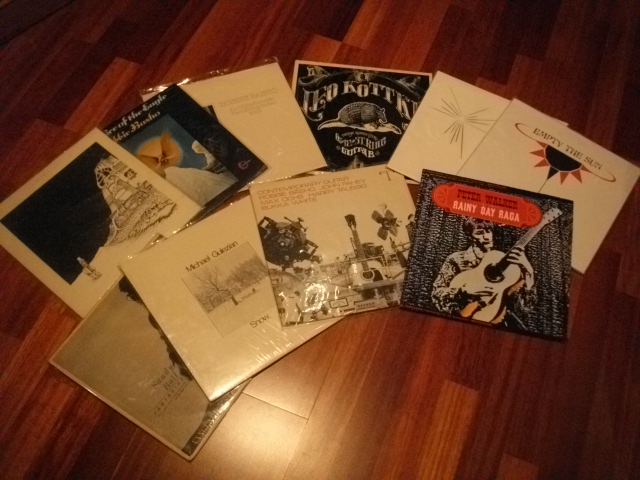 Send your photos and descriptions to nford150@gmail.com if you want to be published next.