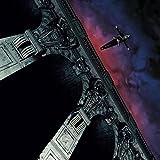 Airbag - All Rights Removed ( 2011 )
You wouldn't know it from my previous recommendations but prog rock is definitely still alive and kicking in the 21st Century, and one of the best of these new bands is Norway's Airbag. Formed as a Pink Floyd covers band, they eventually graduated to writing their own tunes, and their second full length All Rights Removed is a doozy. There's no shortage of bands out there that evoke vintage Floyd, but Airbag are a little different in that they perfectly capture the claustrophobic feel of the Animals album - not an easy task. There's a touch of Porcupine Tree to the vocals, but it's the soaring Gilmouresque guitar leads and memorable choruses that really grab the listener's attention. If this floats your boat it'd also be worth tracking down either of Think Floyd's albums - although their sound is more geared towards post - Roger Floyd. BUY IT HERE 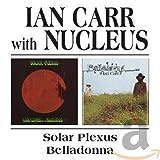 Ian Carr with Nucleus - Solar Plexus ( 1971 )
Ian Carr may well be the single most important figure from the 60's / 70's English jazz scene.
A Miles Davis disciple, he took the template Davis set with Bitches Brew and Jack Johnson and crafted an impeccable run of funky prog jazz gems, with Solar Plexus being my favorite. There's a huge variety of music to be found here, from the creepily Doctor Whoish Elements I & II, to the lyrical Changing Times, to the fantastically loose Snakehip's Dream, a close cousin to Side One of A tribute to Jack Johnson. BUY IT HERE 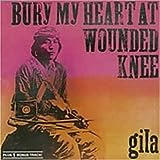 Gila - Bury My Heart at Wounded Knee ( 1973 )
With only guitarist Conny Veit left from the first album's line up, this is a very different proposition. While the first album relied on dense space rock jams with plenty of improv passages, this second album is a much more carefully structured piece of work with plenty of acoustic guitar passages, making it sound a little like a folkier version of the middle part of Pink Floyd's Meddle, with a touch of West Coast psychedelia also present in the mix.  Epic closer, The Buffalo Are Coming is the proggiest and best cut by a long shot with it's dramatic, thunderous percussion. BUY IT HERE 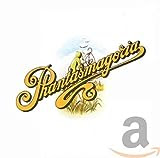 Curved Air - Phantasmagoria ( 1972 )
Their third album, and the last by what's generally regarded as the classic line up, this fulfills the promise of their first two albums and expands upon them dramatically. Things start off safely enough with a couple of solid and relatively straight forward prog folk cuts, before things get a little more unusual with the tracks Not Quite The Same, Once a Ghost Always a Ghost and the excellent title track, all of which are quirky prog pop gems with memorable choruses and adventurous jazzy time signatures. Things get a little too adventurous on Whose Shoulder Are You Looking Over Anyway?, a tuneless, atonal keyboard dirge, but otherwise this is heaps of fun and should appeal to fans of the Canterbury Scene. BUY IT HERE 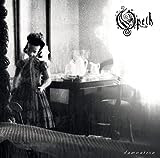 Opeth - Damnation ( 2003 )
A very divisive album this one, which tends to be viewed with suspicion by their loyal fanbase, but loved by a more contemporary audience. Mikael Akerfeldt had never made a secret of his love for 70's prog rock, naming three previous Opeth albums after some of his favorite obscure bands, but no one seemed to expect this - a full blown melodic prog album with no sign of their metal roots and Akerfeldt using his sweet singing voice exclusively. Producer Steven Wilson provides a contemporary sheen so that you can never mistake this for a lost seventies relic, although the sound on this album does tend to recall Camel, but with a less dated keyboard sound and an extensive use of mellotron. Consistently great, the highlights are Windowpane, Death Whispered a Lullaby and the Andy Latimer inspired Ending Credits, although final track Weakness is an underwhelming finale which sounds like it would make a better prelude to something more dramatic, than a closing note for the album itself. BUY IT HERE

A memorable hard rocking prog album by an English outfit that had some success in Germany with their first single release, but didn't stand a chance in their homeland with their record label holding back the album release for a ridiculous amount of time. It's all very English and very pastoral, although don't think of pastoral in terms of Barclay James Harvest or Spring. This taps into something much more pagan and sinister. You can definitely see why metal label Rise Above chose it for reissue. There's some haunting flute work that sounds nothing like Ian Anderson despite what a lot of other reviewers seem to say, and some excellent sax which places this up there with early Black Widow and Ginhouse as one of the better atmospheric dark prog outfits. BUY IT HERE 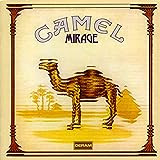 Camel - Mirage ( 1974 )
Being asked to pick a favorite Camel album is a little like deciding which of your children you like the best. After much deliberation I've decided that throwing you in the deep end with Mirage is probably the best bet. While it's two follow ups The Snow Goose and Moonmadness are both excellent too, Mirage strikes the best balance between showing off their prog credentials and their songwriting skills. Pete Barden's keyboards are accomplished, but it's Andy Latimer's fluid guitar work which impresses most. Lady Fantasy may well be the ultimate Camel track ( although Ice from I Can See Your House From Here better highlights Latimer's lyrical guitar playing ). BUY IT HERE 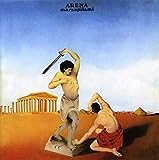 Marsupilami - Arena ( 1971 )
Their self-titled debut is generally regarded as their finest hour, but I've got to admit a preference for this much darker follow up, which is a loose concept album centred around the violence of ancient Rome. Enlisting Camel's Pete Bardens for production duties didn't do any harm and neither did expanding their musical palate to include a lot more woodwind and mellotron. Musically this is complex, multilayered stuff with pleasingly obtuse melodies - like a much more aggressive version of the stuff that Genesis and Yes would soon be coming up with. Great drums too. Certainly a more difficult listen than the first album, but more rewarding in the long run. BUY IT HERE 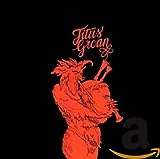 Titus Groan ( 1970 )
This is an excellent early proto prog oddity with some psychedelic and blues touches. With it's reputation for being a bit wishy washy, I was very pleasantly surprised by this album. While it's lack of commercial success made a follow up financially unfeasible, these guys definitely had the chops to go far. Excellent drums and woodwinds, with some nice organ work on most tracks. The obvious highlight is the epic Hall of Bright Carvings, with it's memorable oboe and guitar refrain suggesting an unearthed Tudor relic. BUY IT HERE 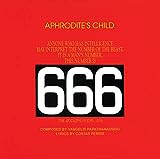 Aphrodite's Child - 666 ( 1972 )
They'd had a hit a few years previously with the appealingly mawkish psych pop ballad Rain & Tears, but it was only with this, their third and last album that Aphrodite's Child became Greek prog gods. Sure it's a little bit too long ( lose the twenty minute jam on side 4 perhaps? ) but this is an epic and totally unique listening experience who's reputation seems to be on the rise lately. The Four Horsemen is the highlight, but there's plenty more gold here. And Demis Roussos bass playing skills were a big surprise to this listener. They called it a day before this was even released, with Vangelis heading off for a successful solo career, and Demis Roussos on his way to easy listening glory. Show some respect and remember them for this. BUY IT HERE

You can find parts 1 & 2 of this feature here and here.