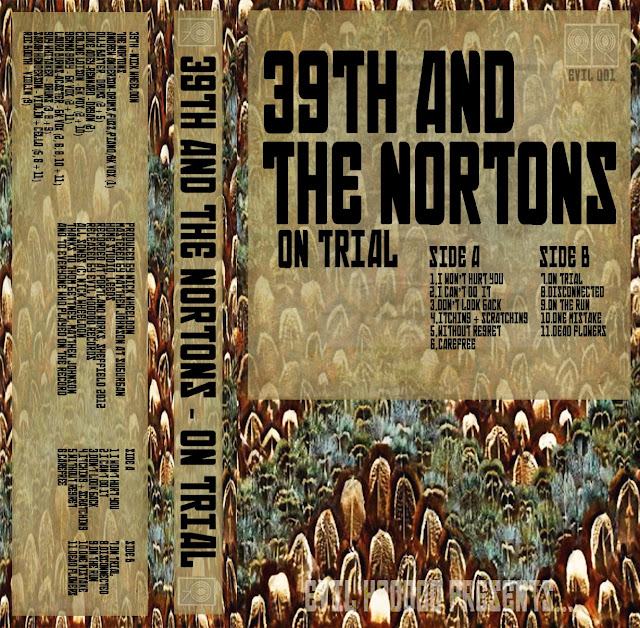 "On Trial" is an album that is both geographically and temporally unlikely. One simply does not expect a modern album recorded by a Paris dwelling Sheffield native to sound like this at all.
Nick Wheeldon's 39th and the Nortons sound rather like they've never heard an album recorded outside of the U.S of A and certainly nothing recorded since 1970.
While this may sound like something of a limiting factor, they're still a hard band to pin down, and offer a surprisingly varied and accomplished set of songs here that offer admittedly little in the way of originality but are so well done that it's hard to believe you're not listening to a lost 1968 classic - and a classic this would certainly be hailed as if this had originated in the late sixties.
Dylan's Thin Wild Mercury sound looms large as an influence especially on the marvelously effective "I Want You" rewrite "Without Regret". "Itching + Scratching" on the other hand sounds like Gram Parsons has hijacked the sessions for "Like a Rolling Stone" but let Bob stick around to blow some harp.
Elsewhere Wheeldon and co. reveal a penchant for classic garage punk nuggets which reaches a pinnacle on the stunning "Don't Look Back" which has all the anthemic qualities and snotty bravado of the very best Seeds material.
Let's face facts - if you're a regular reader of  The Active Listener, the idea of a Dylan / Parsons / Seeds collaboration is gonna be right up your street and that being the case you need to listen to this immediately as it kicks serious amounts of ass.