Dodson & Fogg "After The Fall" Track by Track with Chris Wade 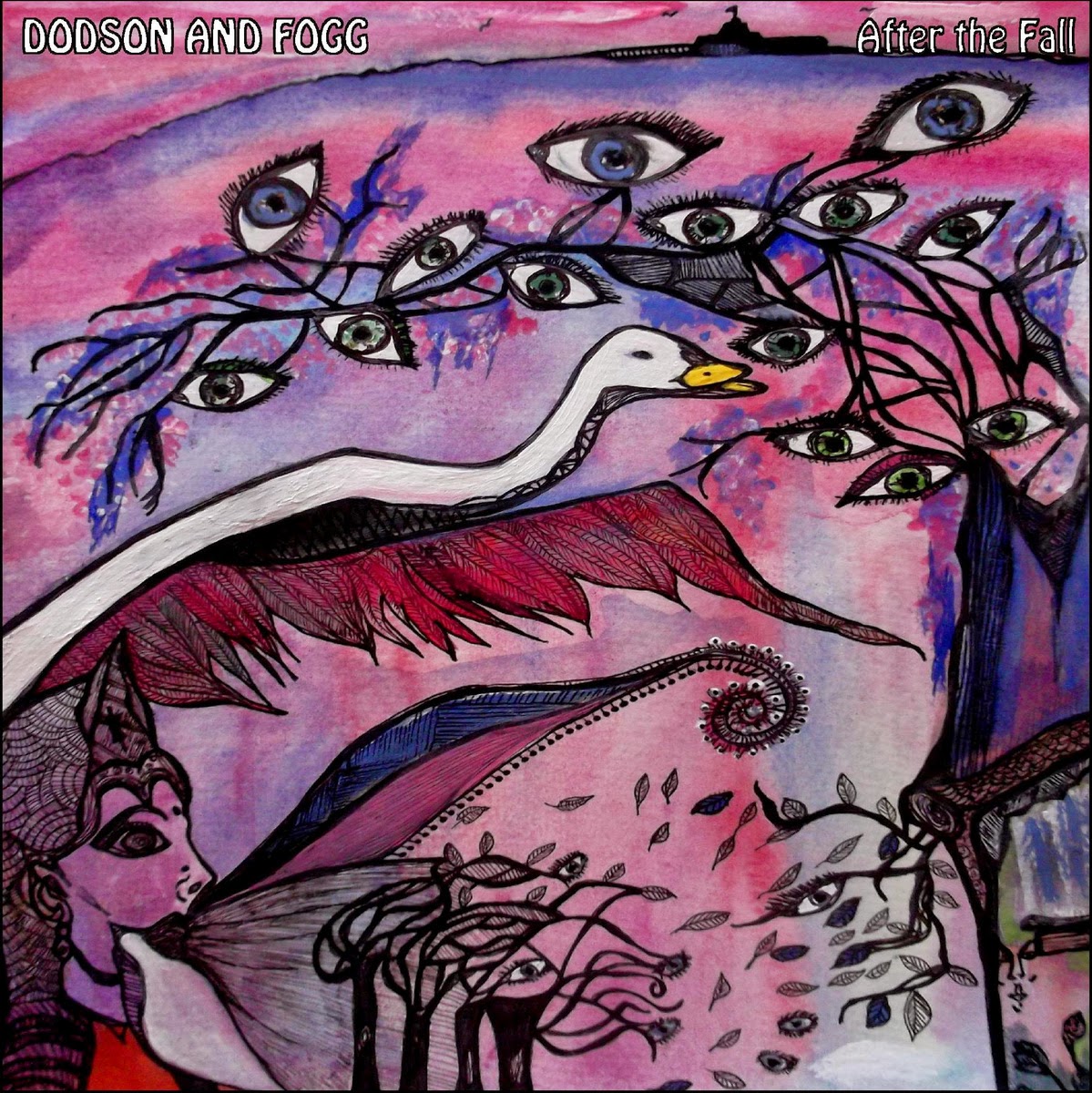 Interviewed by Grey Malkin (The Hare & The Moon)

Dodson And Fogg, the work of singer songwriter and visionary Chris Wade, is arguably the UK’s current foremost psych act. His back catalogue is filled with glistening musical jewels and treasure that includes collaborations with some of psychedelia and folk’s most revered names such as Alison O’ Donnell (Mellow Candle), Celia Humphris (Trees), Nik Turner (Hawkwind) and Judy Dyble (Fairport Convention/Trader Horne). Demonstrating a strong melodic sensibility but with the oddest and most curious of angles and dark corners, Dodson’s most recent album "After the Fall" is an instant classic. If you haven’t already dived down the musical rabbit hole into their wonderland, I strongly advise leaping in feet first now.

I caught up with Chris to ask him about the album, the inspirations and ideas behind the songs, and those impressive collaborations. Before we begin I’d like to say a huge thank you to him for his entertaining, candid and illuminating reflections.

"Here’s a track by track summary of the album "After the Fall". As I typed, I put the album on the headphones to get myself back into the songs. I know I only released it three months ago but it seems years old already. I always get afraid of sounding self-involved when doing interviews so if I start to go on like a pompous prat you have my permission to beat me with a rounders bat.

"You're An Island"
I wrote this with my partner Linzi when she was pregnant with my daughter, so right away it makes me feel happy just to listen to it. I recorded those simple chords that had quite a weird discordant sound and we started these lyrics about the world being like a wild vast sea and how a man searches far and wide for happiness but it’s actually all laid down in front of you. These weird phrases were being thrown back and forth so it was really fun to write that way. I got the sitar player Ricky Romain to do some lovely flourishes and the violinist Scarlet Rivera plays some beautiful melodies on it. She was on Dylan’s "Desire" album, one of my very favourite albums, so for me that was a dream come true.

"Sweet Lily Rose"
This is about my daughter and I wrote it before she was born. I remember just imagining what she might be like, so it’s another one that makes me feel warm. Like I said the other day in another interview, and Ill repeat it here because I’m a lazy bastard… no because I think it’s true, art is like a diary. You document your feelings and views on the page, canvas, or on sound, whatever your area might be, and then you can look back and the piece conjures up the emotions and feelings you had at the time. This song feels like it was written years ago, because it feels like my daughter has always been here. And don’t I know it at five in the morning!!

"In Your Own Fine Way"
This was one I came up with one day on my father in law’s guitar he has lying about the house. Then Alison O Donnell got in touch asking if we could collaborate again, so I sent it to her and she did some fantastic backing vocals on it. I’m still really happy with how this one sounds. Odd lyrics though.

"Lord Above"
This was an angry one actually. I had the riff and I recorded the whole track then put the lyrics to it. They’re about the government, all the horror that was turning up in the press, so it inspired this cry to the lord above. Quite a simple song actually. People have said it has a bit of a Sabbathy sound to it, which I’ll gladly accept ‘cos Sabbath kick bottom.

"Here in the Night"
I wrote this one really quick. I got my first capo and started dicking about on it and played an A chord with the capo on and developed this really chilled out kind of track. I think it’s good for an album to have a mix of styles on it, chilled out and stripped down a bit before it takes off again.

"Life's Life"
Me and Linzi wrote this one too. I had the weird guitar bit and then we started the lyrics. It’s an observational thing really, people we see from the window everyday doing their odd little things. Like the old bloke who marches like a soldier, and the other old bloke who is restless all day long going back and forth carrying weird objects, wrestling with delivery trolleys and peddling about on his bike in all weathers. Even when you get up in the night for the baby milk from the kitchen, you sometimes see him farting about in the dark. Poor guy.

"Bring Me Back"
This was another capo thing I did, a surreal lyric, not too sure what it’s about now. I think it came from a dream. It’s quite a laid back one, and I sound pissed on it.

"Careless Man"
This was a bit of a bluesy thing I started playing ‘cos I was listening to early Fleetwood Mac. I love Peter Green’s playing and it reminds me of that a bit. Then Celia added these really cool backing vocals on it that gave it a new slant. Lyrically I was turning the blues round, ‘cos it’s always some fella saying this chick cheated on him or took his pride. So I was singing about a negligent bloke who never thought of other people’s feelings. Some drunken arse really. Seeing the blues from another angle in a way. What am I even saying???

"Must Be Going Crazy"
This was about someone I used to know of who was always battling with his own mind. Sad really. And I imagined what his life must be like day to day, struggling with insanity. Quite a weird one.

"Hiding from the Light"
This took ages to record. I had to piece it together bit by bit and kept adding my bits of violin, flute, guitars and all sorts of stuff. It was about the city, how people don’t look each other in the eye, London in particular. And I thought people don’t really face the truth much, it’s all about what’s on the surface, the day to day things that cover the real important things. Or not admitting something, being in denial, looking away from the truth or the light. Again, I think I sniffed too much Muller Rice this afternoon.

"Just Wondering"
I really like this one. It started as a weird story I wrote that had a double meaning. On one hand it’s a blind girl sitting in a field and all these weird creatures start crawling towards her out of the dirt, and in the end she realizes what they are and runs away. She runs away towards the sun and they disappear, burning in the sun. On the other hand it was about facing your fears and when you face them they go away. I put it to this music that just kind of developed as I went along and then Alison O Donnell did some lovely backing vocals on it. Happy with this one.

"After the Fall"
I had the main tune to this for a while and kept forgetting to do anything with it. In the end I came up with the full song, bit by bit, and plucked the violin on it, played some African thumb piano (an instrument with endless possibilities… with its five metal pegs!). Then I had the idea of doing two voices, one in each speaker, one being the human voice and the other being the soul, and the song kind of ponders the afterlife. It just so happens to have bongos and a sitar on it, so people will call it trippy but I just found that subject interesting and love the sound of Ricky’s playing. I don’t mind people calling it psychedelic, I just don’t think it is myself. I think sounds are sounds and if something tickles my fancy (oo-er) I’ll use it."