Reissue Review: The Kinks "Lola Versus Powerman And The Moneygoround / Percy" Deluxe Edition 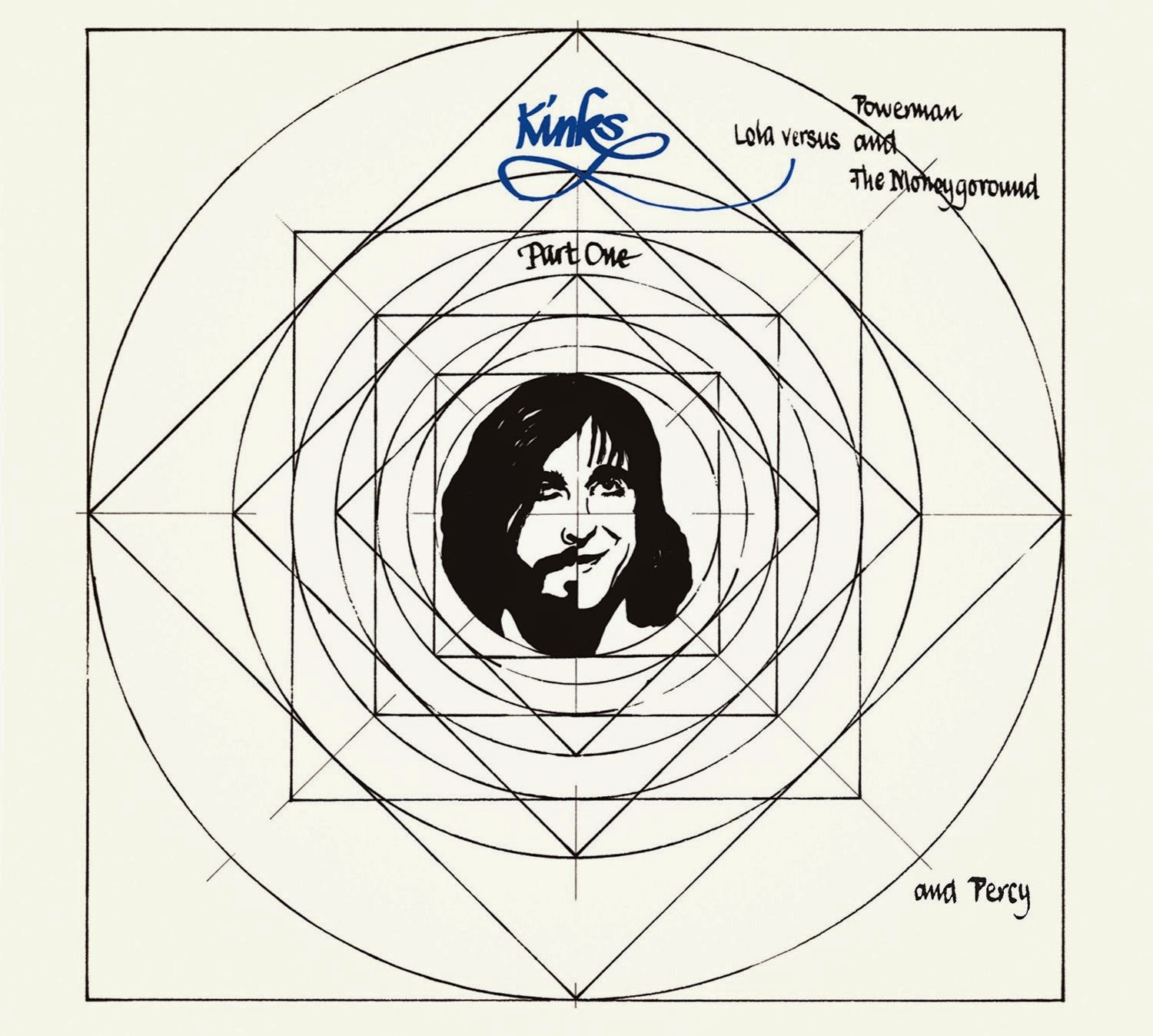 It's been a long wait for Kinks fans for the release of this reissue from near the tail end of the band's golden period, with earlier reissues in this series hitting the shelves in 2011.

"Lola Versus Powerman.." inhabits an odd place in the Kinks evolution. Beloved by some fans, but seen as the starting point of the onset of the mediocrity of their later seventies releases by others, it's easy to see things from both sides (although this writer has been a long term fan). It's musically much heavier than previous releases, which is perfectly in keeping with the darker tone of Ray Davie's songwriting here, which largely reflects an increasing frustration with the music industry. It's easy to detect the seeds of the overblown stadium rockers that they would soon become in brother Dave's guitar tones on tracks like "Top of the Pops" but at this point Ray's songwriting was still sharp and benefits greatly from this more muscular approach, with "Powerman" particularly impressive. There's plenty here for those more enamoured of the classic Kinks touch too; "This Time Tomorrow" would have fit nicely on "Arthur", and "Got To be Free" is a one of the best closing statements in their catalogue. Not to mention "Strangers", a tremendously affecting, and slightly Dylanesque ballad which is surely Dave's best ever songwriting credit. A great album, and well worth a revisit for those who had previously written it off as good but not great.

The cynical will no doubt credit the decision to include the soundtrack to "Percy" in this package as a way of making a few extra bucks out of an album that is traditionally a pretty low seller, but it's really a stroke of genius, which will hopefully bring about some sort of reappraisal. A few rambling instrumentals (and "Willesden Green") stop it from consistently hitting the same heights as "Lola", but there are untapped classics here beyond "God's Children". "Dreams" and "Animals In The Zoo" are upbeat charmers, while "The Way Love Used To Be" and "Moments" are two of Ray's best ballads.

Kinks archivist extraordinaire Andrew Sandoval has trawled the vaults for bonus material as per norm, and has come up with some interesting stuff too. Chief of interest and much anticipated are a couple of unreleased tracks "Anytime" and "The Good Life". The former is the clear winner, building into something of an epic after a slightly ropey start, while "The Good Life" sounds like a generic T. Rex outtake from the "Electric Warrior" era. While the alternate takes and demos are generally of lesser interest there's still room for a startling orchestral / choral version of "God's Children (End)", and radically different takes of "Lola" and "Got To Be Free" that offer intriguing glimpses into the band's creative process.