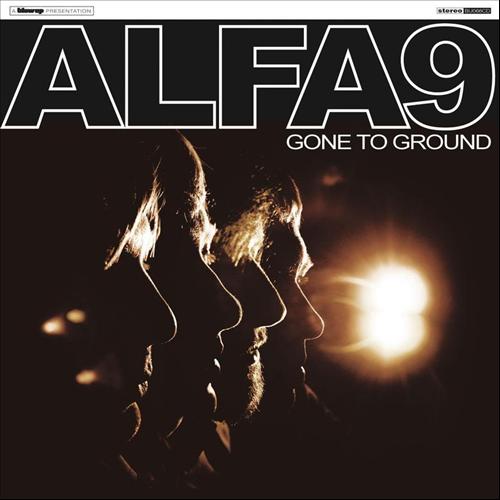 It's been six long years since Alfa 9's promising debut "Then We Begin" - I'd actually assumed the band had broken up so when I heard of "Gone to Ground"s impending release I was well pleased. Whatever the band have been up to in the interim has obviously been beneficial as this is a much stronger set of songs than their debut (which was no slouch either).
On "Then We Begin" Alfa 9 seemed to be having trouble deciding whether they were Pink Floyd or the Byrds - both very valid choices, but with the release of "Gone to Ground" they've settled firmly in the McGuinn camp, and in so doing have created an album that pays tribute to it's influences without falling into the imitation trap.
Opener "Morocco" certainly starts things off with a bang - it'd make a fantastic Coral single with it's great guitar work, stop / start tempos and killer chorus. What follows is a masterclass of jangle pop which takes in west coast psychedelia, the Stone Roses, Teenage Fanclub and a whole lot of the Byrds circa the Gene Clark era.
Classic rock magazine describe their sound as "if the Stones Roses had lived in Haight-Asbury" - a description which works as well as any I could come up with.
One of the better U.K West Coast psychedelic albums then, up there with the first Fairport Convention LP - surely there can be no greater compliment.