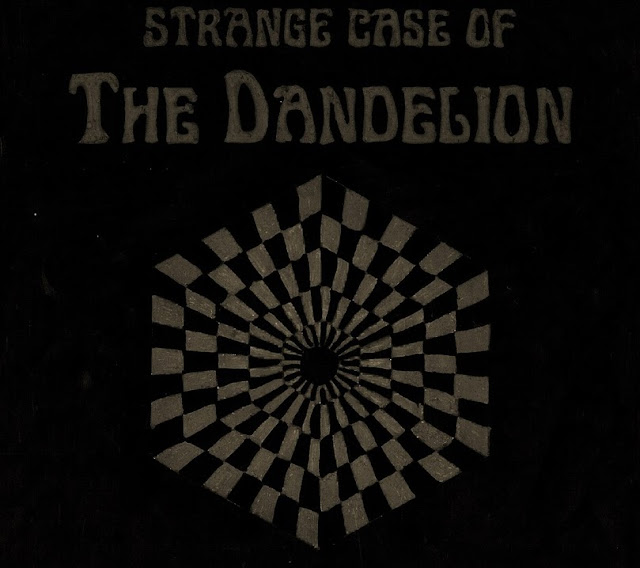 Daniel Poulter will be familiar to a lot of you as lead singer / guitarist for neo-psychedelic / freakbeat outfit The Dolly Rocker Movement, who have been around since 2002 and released a bunch of gems (most recently "Your Side of Town" earlier on this year.)
After such a prolific and successful time of it with the Dolly Rocker Movement then, it may come as some surprise to see Poulter venturing out on his own which is exactly what he's doing here under the moniker of the Dandelion.
It doesn't take long to work out why Poulter's elected to go with the new name here as while this is noticeably the work of the same man, he's stretching some very different muscles in this new guise.
Where the Dolly Rocker Movement was inclined to show a little freakbeat muscle, the Dandelion indulges Poulter's love for the full flower power package, combining his effortlessly vintage songwriting chops with plenty of groovy patchouli-scented organwork, dexterous flute devilry, and on "I Turned On As You Turned Around", the sort of hooks that sound like they'd be equally at home on modern commercial radio, or seeping out of a tinny portable radio circa 1967.
Poulter's not afraid to wander off the beaten path either, with "Ships to Tarshish" incorporating exotic eastern elements into a far moodier concoction, while "Pleaidian Love Vibration" adds a diabolical twist on the sort of infectious Bolan boogie style guitar riff that Jack White would kill for, in the process providing one of the most satisfying moments on an impressive opening outing from an increasingly eclectic artist that can seemingly do no wrong.
Bravo, that man.

You can stream 6 of the album's 13 tracks through this Bandcamp link (but beware some of the best tracks aren't streamable), or hit the buy button to purchase the full 13 track CD for the ludicrously low price of $5au (plus postage).