15 More of the Best Psychedelic Albums Of All Time.


My top 40 psychedelic albums list ( VIEW HERE ) drew a lot of comment, so here's a follow up list of 15 items that didn't quite make it onto the first list, and items I've discovered since from reader's suggestions. There are still some major psychedelic artists absent from these lists - that's simply down to my personal tastes. And there will be at least one more follow up list within the next week so keep checking back.
Thanks to everyone for their input, and I hope you enjoy this one.

Green Pajamas - The Book of Hours ( 1987 )
A major omission from my first list - it would easily feature in the top ten. The best psych pop album of the eighties IMHO. The first properly recorded and distributed album by this fantastic long running Seattle outfit. Shades of Paul McCartney, Barrett era Pink Floyd and lots of other U.K psych influences. Fans of early solo Julian Cope and Dukes of Stratosphear should investigate immediately. The recent reissue includes all tracks from the different international versions and is definitive. BUY IT
Hear a track on this cloudcast.

Ford Theatre - Trilogy For The Masses ( 1968 )
Excellent U.S Psych with long keyboard passages, and an excellent rhythm section that often sounds like Saucerful era Pink Floyd. Theme for the Masses is the standout track and a recurring theme that is revisited throughout the album. It also sounds one hell of a lot like Bonnie Tyler's Total Eclipse of the Heart. Here's hoping some royalties found their way to the band. This is one you can still pick up sealed original LP copies of on ebay. Mine cost around $10 U.S. A bargain.

The Zombies - Odessey & Oracle ( 1968 )
( Suggested by Alan Bumstead )
One of the best U.K albums of the era which only escaped inclusion in the top 40 because I felt it wasn't quite as psychedelic as the other albums included. Great harmonies and evocative, extremely well crafted songs. Time of the Season was the big hit but I prefer the heartbreaking melancholia of Care of Cell 44. Magic. BUY IT

Caribou - Andorra ( 2007 )
An impressive album from this indie electronica genius. A love letter to sixties sunshine pop, this is flowery in the best sense of the word, with wonderful arrangements, great harmonies and was obviously a labor of love. If Tame Impala had grown up listening to the Beach Boys instead of the Beatles they'd probably sound a lot like this. BUY IT
Hear a track on this cloudcast.

Sam Gopal - Escalator ( 1969 )
Primitive recording aside, this is a pretty great find. Sparse arrangements featuring a young Lemmy. Tabla's and fuzz bass are used extensively. Their cover of Donovan's Season of the Witch is great and usually the reason people are drawn to this, but originals You're Alone Now ( recently covered by the Lemonheads ) and the Dark Lord are easily in the same league. It's almost like a dark version of Tyrannosaurus Rex. BUY IT

The Rockfour - Another Beginning ( 2001 )
An excellent Israeli outfit who wear their influences on their sleeves shamelessly. There's touches of all the masters - the Beatles, Pink Floyd, the Byrds and Cream especially, and also strangely Electric Light Orchestra. What they lack in originality they more than make up for with impeccable arrangements and very strong compositions. BUY IT

Caravan -  Caravan ( 1968 )
(Suggested by Qualified Galley Slave )
The other classic Canterbury Scene debut, along with Soft Machine. Very different to their later progressive material, this is a psych gem with excellent organ work and quirky compositions full of imaginative flourishes. The follow up is great too, and offers an insight into their evolution from this more concise psychedelic sound to the lengthy progressive numbers they're more well known for. BUY IT 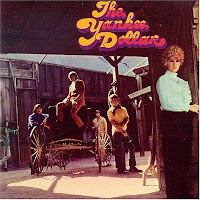 Yankee Dollar - Yankee Dollar ( 1968 )
( Suggested by Micky Linick )
A total gem this, and totally new to me so thank you Micky. Very moody folk rock, with strong male / female dual vocals, excellent organ work and some nice fuzz guitar. Of the covers, their radically different version of Dylan's the Time's They Are A Changin wins out, and the originals especially the glorious City Sidewalks, match them step for step in quality. Fans of H.P Lovecraft ( the band, not the author ) should check this out immediately.

Ill Wind - Flashes ( 1968 )
Another highly rated U.S folk rock outfit with a female singer. There are a few country tinged tracks which are pretty weak, but when they let rip with the psychedelic material you'd better hold onto your hat. West-coast Psychedelia at it's best on these tracks.

One of the most consistently entertaining and prolific neo psych bands of recent years, the critics seem to have written them off as a band with a great debut, with nothing much of interest since, but this couldn't be further from the truth. This is their most psychedelic album, and a lot darker than their first two. The influence of the Doors is much more prominent than normal, but their strong Liverpudlian identity remains intact. Check out A Warning to the Curious, The Operator and the Arabian Sand to start with. Masterful stuff. BUY IT 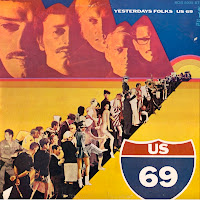 U.S 69 - Yesterday's Folks ( 1969 )
(Suggested by the Soundcarriers )
Another excellent recommendation, this is a very eclectic record, ranging from the clattering drums and sitars of  I'm On My Way to the the Mothers of Invention inspired horn charts of Yesterday's Folk to the psychedelic odyssey of the aptly named 2069 : A Spaced Oddity. I'll be spending plenty of time with this one.

Bubble Puppy - A Gathering of Promises ( 1969 )
The other major omission from my first list, this to me beats out anything in the 13th Floor Elevators catalogue as the best Texan Psych album. Great harmonies, intricate dual guitars and most importantly top drawer songs. Don't let the cover fool you, this totally cooks. BUY IT

Group 1850 - Agemo's Trip to Mother Earth ( 1968 )
Often referred to as the Dutch Pink Floyd, this a pretty exceptional debut which sounds a little like Saucerful of Secrets, but also has plenty of the band's own ideas backing it up. There's  some unintentional hilarity induced by some of the English pronunciation, especially during the spoken word passages, but otherwise this is adventurous psych of the highest order with amazing guitar work, reminiscent of David Gilmour's upcoming work and some pretty out-there explorations on the lengthy After Bathing At Baxter's influenced I Put My Hands on Your Shoulder. BUY IT

Kaleidoscope - Tangerine Dream ( 1967 )
Not to be confused with David Lindley's American outfit of the same name, this is another excellent  U.K debut which suggests what Piper at the Gates of Dawn would have sounded like if Syd Barrett had been replaced by Donovan. Dive Into Yesterday and Flight From Ashiya are essential psychedelic anthems, and (Further Reflections) In the Room of Percussion is an epic with massive production. BUY IT

Unknown Mortal Orchestra - Unknown Mortal Orchestra ( 2011 )
The current vogue for home recorded lo-fi production has resulted in some pretty interesting, but hard to get into new releases and this is the best of them that I've heard. Having immediately fallen in love with infectious lead off single Ffunny Ffriends, I'd almost given up on the rest of this when something finally clicked within me and the production changed from being a barrier to a vital component of the sound. Excellent, quirky, guitar based psychedelic pop with some great falsetto vocals ( How Can You Luv Me? ). Make sure you give it a few listens before making a judgement - it's well worth the effort. BUY IT