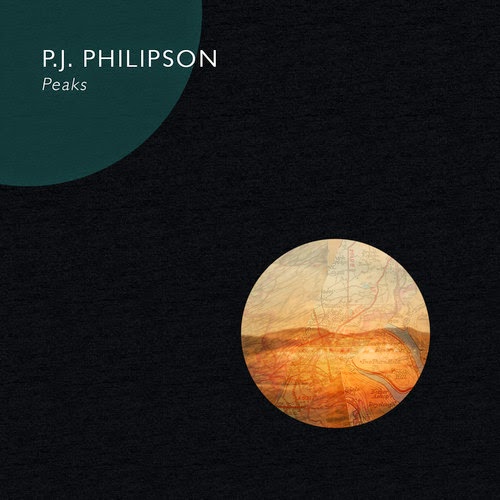 Little Red Rabbits outsider label Little Crackd Rabbit have come up with a winner here in the shape of guitarist P.J Philipson's "Peaks". You'll possibly be familiar with Philipson's work in Starless and Bible Black or the Woodbine and Ivy Band. This is a very different creature to those outlets.

Little Crackd Rabbit's mission statement encompasses experimental, improvised and ambient works, and "Peaks" is all of those things and a whole lot more. Solo guitar pieces with heavy use of echo and delay, recorded entirely live in one evening in a church in Manchester, "Peaks" is an emotive creature full of unexpected twists and turns, accomplished with subtlety and nuance where others would likely rely on bluster and bombast.

And it's no wonder with a list of influences that include Robert Fripp, Vini Reilly, Robin Guthrie, Michael Rother and Richard Skelton, that Philipson's own pieces display such deft awareness of how to combine melody and atmosphere, without relinquishing too much power to either force.

Again, I'm impressed with the way that Philipson holds himself back from the gimmickery that this set up invites, instead allowing the natural space and acoustics of the church to generate a gigantic sound that often walks a grey line between reverential, richly beautiful and compellingly sinister.

Check out the impressively controlled atmospherics of "Landings at Stanage Edge" below - it has as much in common with post rock practitioners like Mogwai, and particularly Jakob as it does with its more improvisational brethren. Its this implied structure that makes "Peaks" such an easy album to surrender to, as even in its most challenging moments there's a sense that it's working towards something greater, and it reaches those moments of greatness with more regularity than it has any right to.