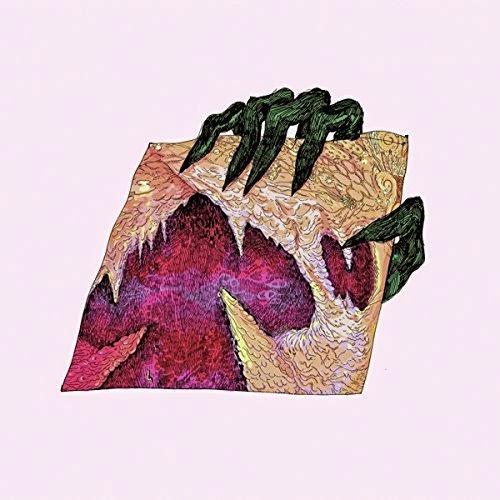 I guess the first thing that you should know about Wand, is that they were signed to Drag City Records by Ty Segall, himself. And the second thing that you should know is that bandleader Cory Hanson has played with just about everybody on the LA garage/psych scene, including Mikal Cronin. So, those two things together, should let you know a little something about what to expect from this record.

That said, "Ganglion Reef" is an album that will throw you a couple of curveballs. It opens up with a blast of thick, hairy distortion that makes you think that you’re in for an album packed with acid-fuzz freakouts. But they simply use that place as a launching pad to take you on a ride through the world of psych and all of its beautiful permutations.

"Sender" opens the album with that big blast of fuzz that I mentioned. Big, fuzzy guitars… swirl around the stereo spectrum as the dreamy, slightly reedy high- tenor vocals carry you into and out of the caverns of reverb and fuzz that the band spins about. Think "Tomorrow Never Knows" meets Black Sabbath.

"Clearer" continues along the same lines, but the chorus breaks into more dreamy psychedelia, with Leslied vocals, floating around in a sea of atmospheric sound effects, giving you a hint that there is more coming your way than just heavy guitar arrangements.

"Broken Candle" drifts a little bit further away from the fuzz-out freakout of the first tune, with a stronger emphasis on the Hammond, before a gorgeous guitar break cuts through and takes you even farther out, man…

And while songs such as "Growing Up Boys" give you the acoustic break that your ears may be craving, Wand always come back to the guitars. The big, big guitars; they just find their way back. And that is more than cool.

It’s an impressive trip that the band takes the listener on, touring and touching on just about anything psychedelic that they can stuff into your ears: acoustic pop ballads, blistering rock, Zombies-esque harpsichord, and even pop tunes more-reminiscent of more-recent psych/pop stalwarts from the Elephant 6 Collective, such as The Apples In Stereo and The Olivia Tremor Control.

In fact, if this were the 90s, I have a feeling that Wand would be welcomed into the E6 folds very warmly, bringing that group of cohorts the acid rock influence that they were (mostly) lacking. They have the sound, they have the feel, and most-importantly, they have the songs.