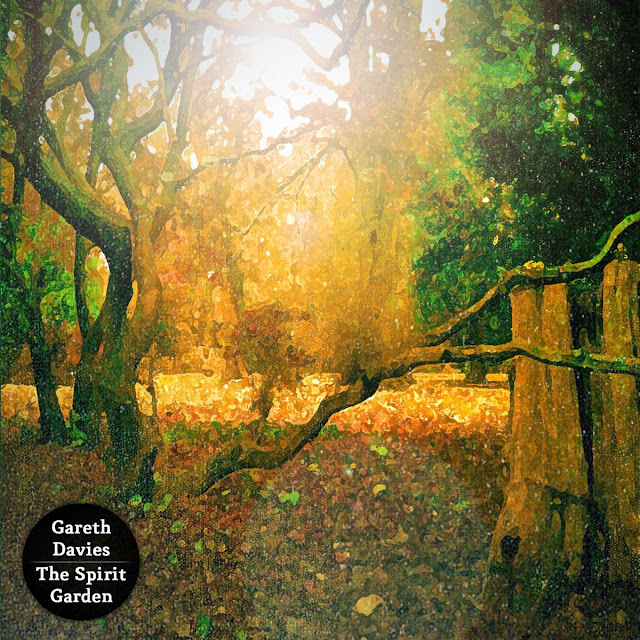 Welsh guitarist / singer-songwriter Gareth Davies may come from a background of heavy metal, but apart from the occasional flourish or guitar trill, there's little to indicate that this background has had any effect on his debut solo album "The Spirit Garden".

Mystical, wyrd-folk with that slightly out of sync quality peculiar to Welsh psychedelic dabblers, "The Spirit Garden" is a quietly confident debut that relies entirely on the strength of Davies' songwriting, vocals, and acoustic guitar playing to carry it. A big burden, but one that the intriguing nature of Davies' compositions can easily handle.

Davies' double tracked vocals reach out to the listener just enough to retain one's rapt attention throughout, without divulging too many of the mysteries inherent in his poetic lyrics. Similarly, Davies' guitar tone is warm and inviting throughout, with intricate embellishments and syncopations which skirt around obvious outcomes to draw the listener in.

An unbroken mood is quickly established, with Davies conjuring an impressively mind-expanding atmosphere with a simple set of tools which proves the old adage of 'less is more', journeying into the mystical without the assistance of studio trickery.

Lovely stuff. Fans of our old faves James McKeown and the Kitchen Cynics will be right into this I would imagine.

Austrian readers can catch Gareth on tour between 17-22 November. Dates and info here.