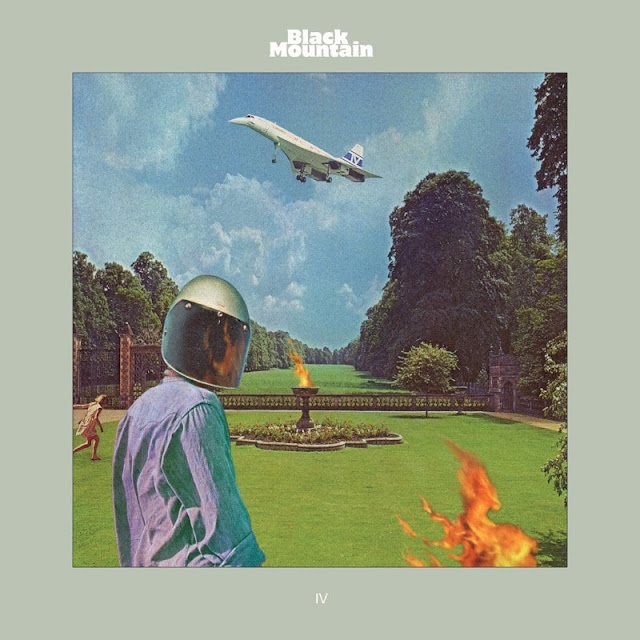 This Vancouver psych group have been kicking around for nearly two decades in some form. Starting off life as Jerk with a Bomb in the late 90s by founder Stephen McBean, the group transformed into Black Mountain by the mid 2000s. Combining elements of heavy psych, prog, acid rock, and even folk, the band’s wholly original sound evokes the masters without ripping them off. Some of the song titles evoke classic Pink Floyd (“Mother of the Sun”, “Florian Saucer Attack”) but offer up a modern take on Floyd’s sometimes organ heavy work. “Mother of the Sun” is an eight minute opus that opens this record, and it actually reminds me of Radiohead at the beginning! It’s all about the feeling it evokes, and I really dig the organ unfolding beneath Amber Webber’s lovely voice. She is joined by McBean a bit later, and the song progresses into heavier tones with guitar solos and classic prog rock motifs. Then it recedes in the middle with a gentler cadence before heavy rock crashes down on your head again. Finally, it ebbs out the way it came floating in, with light as air synths creating a pretty space rock symphony. “Florian Saucer Attack” is much shorter and spiked with punky energy, overseen by Amber’s wailing vocals. Cool stuff!

This band is not afraid to experiment, as evidenced by the electronic beats on “You Can Dream”, which hovers somewhere between vintage synth pop and psych. “Constellations” returns the listener to a heavier vibe, and Amber channels her inner Grace Slick on this 5 minute tune.

Delicate acoustic folk occasionally flits in on gossamer wings (“Crucify Me”). “Line Them All Up” is gorgeous folk with Moody Blues synth washes, and I could seriously groove on an entire record of music this great! “Cemetery Breeding” is 80s synth pop revisited, and it is a serious spiraling trip down memory lane. “Over and Over (The Chain)” is another lengthy piece, and vocals don’t drop in until halfway through. It runs a bit too long, but has some nice progressive rock percolating through it. “Crucify Me” is another firm favorite of mine, a dappled walk through the woods on a late summer day, golden rays of sun highlighting the experience. It’s a lovely acoustic piece with pretty harmonies and tripped out guitar. “Space to Bakersfield” is the 9 minute album closer, and it is rather like some of Floyd’s work on "Wish You Were Here". It makes heavy use of organ and Amber’s airy vocals float peacefully through its sonic tapestry.

A fitting end to a really good album, definitely one of the best psychedelic albums you will hear this year.