Keith Seatman - All Hold Hands And Off We Go 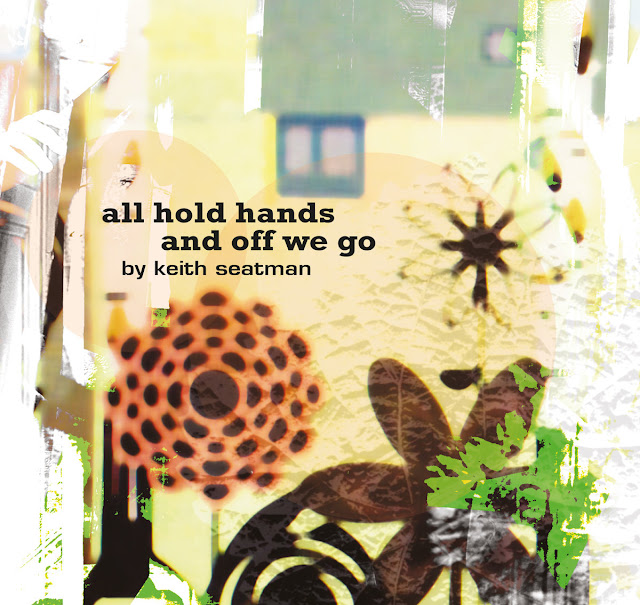 Hampshire artist Keith Seatman beckons us to return to his spooked, analogue world with his fifth album 'All Hold Hands And Off We Go', the follow up to 2015's masterful folk flecked slice of electronic pastoralism 'A Rest Before A Walk'. With a back catalogue of haunted gems as well as being the architect behind the highly recommended Test Transmission mixes, Seatman is quietly cementing a reputation as one of the foremost and most influential of electronic explorers in the realm inhabited by fellow travellers Belbury Poly, The Advisory Circle and Concretism. 'All Hold Hands And Off We Go' more than cements this; this is possibly Seatman's finest yet and an album which seems to unveil more depth, detail and riches upon each successive encounter.

The brief ominous hum and distant chatter of voice that opens 'A Lighthouse Might Look Long' provides a startling and pleasingly disorientating beginning to proceedings before the driven and urgent synth stomp of 'All Hold Hands And Off We Go' accelerates the listener into a metallic and neon filled dream. Electronic drumbeats propel the whirling strings and twisted carnivalesque keys and chimes; both exhilarating and disconcerting this ably sets out Seatman's stall and leaves some other 'hauntology' or electronica acts seem tame and plodding in comparison. 'Skipping Rope' goes even further down the rabbit hole, a descending synth motif merges with a children’s' song, music boxes and clattering percussion to create a truly spectral and ghost filled vision that begs repeat listening; nightmares have rarely sounded quiet so delicious. Next, 'Mr Metronome' eases the pace to a stately, dystopian glacial grandeur, strings framing vocalist Douglas E Powell's breathtaking performance; fans of John Foxx, should immediately seek this out. Should an alternative soundtrack to Ben Wheatley's 'High Rise' be needed then he need look no further; this is both chilling and addictive. 'Left behind, Lost Or Dropped' screams into view, propelled by insistent keys and increasingly frantic drumbeats, it's melody (as Seatman's seem to) getting under the listener’s skin and into the imagination; this music conjures visuals like almost no other. Next, 'Four Steps At A Time' shrouds its glistening melodies in a cosmic wind, echoes from a past within the present ricocheting and returning around the steady electric beat. Haunting and curiously uplifting, this track exemplifies the layers and careful construction involve din Seatman's mini symphonies, there is so much going on here that repeated listens are ably rewarded. 'Odd In A Nightcap and Cup' posits backwards effects amidst synthetic voices and analogue bleeps and whirrs before an organ harmony plucked straight from some decaying old Hollywood film hovers into view; this music is filled with ghosts. 'Tap Tap' is a foreboding slice of future sock; rasping keyboards and a colossal sounding drums give an indication perhaps of what Black Sabbath might have sounded like in alternate universe had they formed with a battery of Korg synths rather than conventional instruments. 'Boxes With Rhythms In' returns Douglas E Powell to the helm for an album highlight, a shimmering jewel of a song, banks of strings and keys creating a processional march of no small power. The album concludes with 'Of salt And candy', a children’s' nursery rhyme resonating against electronic howls and gusts; an ending befitting the otherworldly nature of what has come before.

This is a masterclass in atmosphere and mood but also in melody and song craft; Seatman has composed an album that lingers long after it has finished, it leaves its own ghosts behind and delightfully so. This is essential listening but don't stop here; seek out Seatman's earlier albums for more treasures.