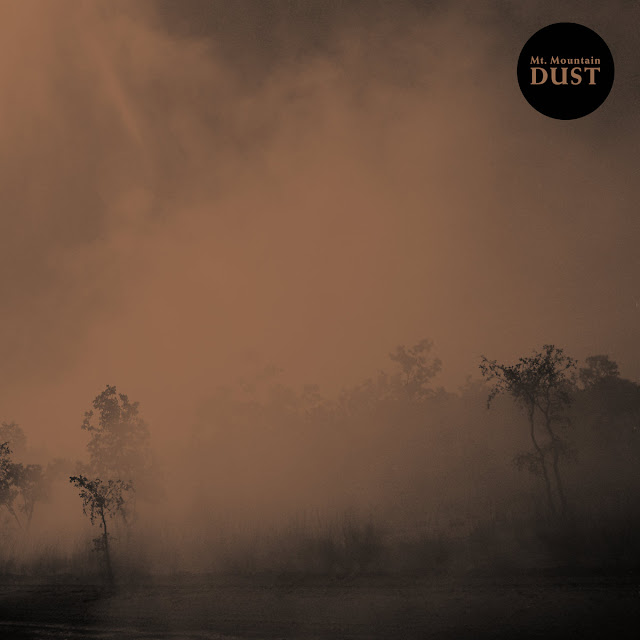 Here's a couple of things I've just caught up with over the last few weeks which came out during our extended hiatus but are very worthy of mention.

If someone had described Dust to me before I heard it - the press release describes it as "capturing the atmosphere of the red/orange landscapes that consume the Australian outback" - I'd likely have thought something along the lines of "That sounds like my sort of thing", but I'd be lying if I didn't also admit that there would be an inner voice whispering "This sort of thing has been done to death, this sounds pretty unnecessary".

Repeat plays however have revealed Dust to be not only necessary, but essential listening. Sure Dylan Carlson's Earth have been doing this sort of thing for ten, fifteen years now - the cinematic, widescreen, windswept vista, but Mt. Mountain's take has an immersive, meditational quality that I've never experienced while listening to Earth.

Over four long tracks Mt. Mountain create and sustain a desolate atmosphere via simple structures that those who aren't quite on the right wavelength may find repetitive, but those who are will find intoxicatingly hypnotic.

The seventeen minute opener threatens to derail the listener's inner peace by bursting into a furious cacophany of noise midway through, appropriately demonstrating the outback's unforgiving qualities, but the remaining three tracks create an unspoiled mood that will slow the most feverish heartrate. From "Floating Eyes" with its appeallingly trippy Doors vibe (think "Riders on the Storm"), to the sustained mellotron drone of "Kokoti", this really ticks all of the right boxes for me.

Vinyl and digital available through the streaming link below. 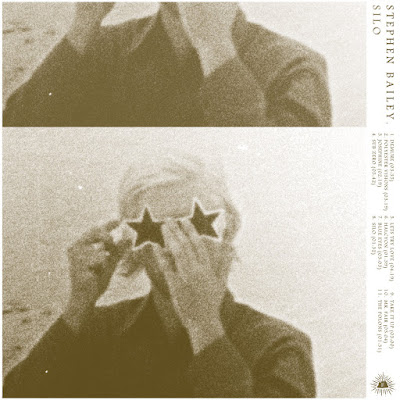 Given how much I'd enjoyed Dust, I was naturally interested to see that Mt. Mountain's singer/guitarist/organist/whistler Stephen Bailey had followed it up with a solo debut at the end of June.

Silo shows Bailey (who plays everything on here) to be a very diverse character indeed. There's little here to connect this to Dust in anyway. Silo is a much more song orientated affair for a start, but it's also an intriguingly fractured record with some tracks appearing to be very carefully structured while others sound like fragmentary sketches, awash with the excitement of the new.

It's a beautiful sounding record too which reminds me a lot of Richard Swift's production on Damian Jurado's recent albums, although the folky nature of those albums is not apparent in Bailey's appealing psychedelic pop confections.

Opener "Demure" is probably the stand out track here and would be a hit in a world where guitar based music still charted. It's got a pleasing Real Estate vibe to it, but this Real Estate grew up with the output of the Brain label rather than Flying Nun. "Sub Zero" on the otherhand showcases a falsetto that Jim James would be proud of over a vintage organ and flute backdrop with lashings of flower power.

More by good luck than good management this is a judicious time to draw your attention to "Silo". While the cassette edition is long sold out, a vinyl edition of only 80 copies is still available tthrough the widget below. Digital too.