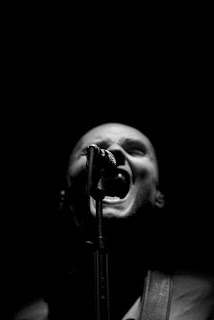 The original albums nicely remastered and repackaged with a bonus CD and DVD each. The bonus discs are an embarrassment of riches, curated by Billy himself with all manner of unexpected and welcome surprises.
The Gish DVD is an excellent 1990 show with covers of Blue Oyster Cult and Steppenwolf - lots of fun.
The Siamese Dream DVD shows the band's growth and sees them in world beating form.

2. Tame Impala - Innerspeaker
The recent U.S reissue includes an excellent bonus disc full of early b-sides and cast off material and makes what was already a great album essential. The best psychedelic act on the planet at the moment.

3. The Byrds - Complete Columbia Album Collection
The deluxe bonus track versions of all of the Byrds Columbia studio albums lovingly packaged in mini LP sleeves and housed in an attractive mini box. And all for under thirty pounds. There's never been a better way of investigating their essential back catalogue.

4. The Jayhawks - Hollywood Town Hall / Tomorrow The Green Grass
The Jayhawks two masterpieces get the deluxe reissue treatment with informative liner notes and some fantastic contemporary b-sides. Tomorrow the Green Grass also includes the fan favourite Mystery Sessions - a selection of all acoustic demos. Sure to please fans of Olsen and Louris' Ready for the Flood.

5. Suede - Suede / Dog Man Star
The entire Suede catalogue was extensively repackaged this year. The first two albums are the essentials - great albums now packaged with b-sides and alternate versions that are as good as anything on the albums. The long version of the Wild Ones is spectacular. Honorable mention also to their newly compiled 2 disc best of which concentrates mostly on their first three albums and their b-sides and is expertly sequenced to make some sort of Suede super album.

6. Dave Davies - Hidden Treasures
The Kink's Dave Davies was always the grittier of the two Davies but didn't get much of a look in on their albums compared to brother Ray. Steps were made to rectify this in the late sixties, but Dave's album never made it to release, with some of the material finding it's way onto future Kink's LPs and singles.  This release digs into the vaults and reconstructs the intended album as closely as possible and makes compelling listening.

7. Pink Floyd - Wish You Were Here

The Pink Floyd reissue campaign has generally been a bit of a damp squib and an excuse to take fan's money all over again. The experience edition of Wish You Were Here has been it's saving grace up to this point. The interesting bonus tracks include two embryonic live jams which eventually became part of Dogs, an alternate take of Have a Cigar with Gilmour and Waters sharing the vocal and a fascinating take of Wish You Were Here with Stephane Grapelli on violin.

8. The Poets - Wooden Spoon : The Singles Anthology 1964 - 1967
Despite being produced and managed by Andrew Loog Oldham, Scotland's Poets never got the dues they deserved. This excellent collection brings together all of their singles and charts their evolution from beat and r&b through to their masterful freakbeat psych moment In Your Tower.

9. X - Original Album Series
The first 5 albums from the best rockabilly punk band of all time, packaged as vinyl replica's and at a ridiculously low price. Nuff said.
Lots of other great releases in this series too ( Tim Buckley, Little Feat etc. )

10. Tally Ho - Flying Nun's Greatest Bits
A rather excellent two disc distillation of everything that makes New Zealand's Flying Nun one of the most important indie labels. From early gems by the Clean and Verlaines through to exciting new blood in the form of So So Modern's Grayson Gilmour and the Shocking Pinks. Highly influential stuff, and not just for muso's.