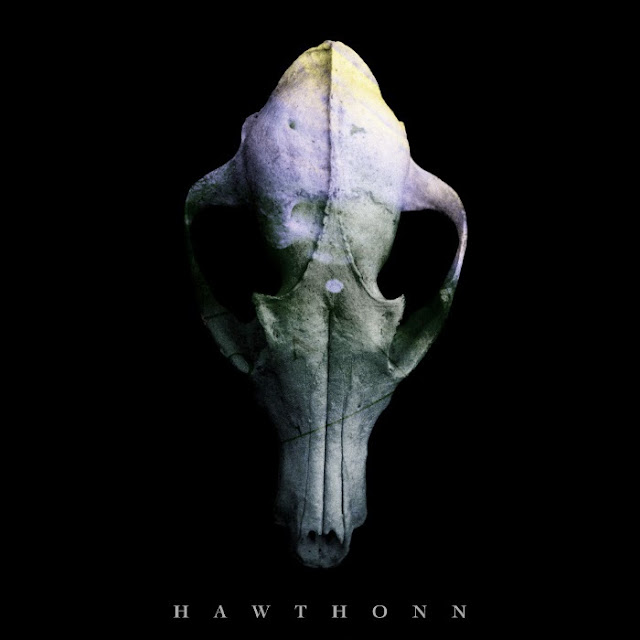 The first Hawthonn release, the joint work of musician/ scholar Phil Legard (Xenis Emputae Travelling Band) and his wife, the photographer Layla Legard, has found its way into the ether. Recorded between the Summer Solstice and November of 2014, the album takes inspiration from the landscape of Bassenthwaite, the final resting place for of Coil’s Jhonn Balance whose ashes were placed by a Hawthorn tree in this area. Legard says of this project; 'While the legacy of Balance’s life, art and death could be called the daemon that is guiding the project, we are keen to stress that this is also very much informed by our own process of engagement with the imaginal landscape of Bassenthwaite and the complex of myth and image currently emerging from this; we hope that the final album will be an oblique (or, rather, ‘occult’?) tribute to a figure whose vision continues to haunt us'. The immense, highly individual and hugely influential work of Balance and Coil will forever have a presence amongst a certain section of musicians and music fans, particularly of both underground folk and electronica. Their legacy has clearly been felt and absorbed by Hawthonn; first of all this is a most fitting tribute in that it evokes the terrible beauty and sense of the ‘other’ that was to be found in the majority of Coil's work, but also in that this is no mere musical homage or copy. Rather Hawthonn does not sound immediately reminiscent of Coil. It traverses its own path, as befitting of Legard's own legacy of one of the UK's most under sung yet prolific and artists.

The sound of birdsong opens 'Foxglove' before black solar waves of drone and chattering percussion (a fox skull being struck) creates an ethereal yet pleasingly disorientating tapestry for Layla Legard's laconic and lonely vocals. It feels at once sacred and also deeply heathen; nature converging to paint a picture of an earthly place of worship, a forest cathedral. The sound is vast, carnivorous and all around, droned strings emerging and layering in a symphony of contemplative solemnity and sadness. Admirers of Angelo Badalamenti, Human Greed, Fovea Hex and Cyclobe will find much to love here; this recording is majestic and deeply moving, a woodland mass for the memory of Balance. Dark swathes of electronics emerge to glisten and shimmer through the trees as the track draws to its close after sixteen epic and transportive minutes.

The comparatively brief 'Locus' is a buzzing, humming and pulsating mood piece, not unlike something from Coil's own Solstice or ‘Musick To Play In The Dark’ period. It segues into ‘Aura' which immediately crescendos into a howl of electronics before a single drone underpins Layla’s treated vocals as she performs what sounds like an especially lysergic and eerie folk song. Utterly beautiful, this is amongst the finest music Legard has made and this writer considers his Xenis Emputae releases (such as ‘A Prism For Annwn’) to be some of the most crucial underground releases of the last twenty years. At times evocative of Coil's ‘Batwings (A Limnal Hymn)’ this is truly moon music. 'Epsilon' is a convergence of looped wind and the sounds of a storm, ominous keyboard notes and resonating and haunting drones. Possibly the most 'Coil' of all the tracks herein; there is a hint of ‘Astral Disaster’ here, a shade of ‘Black Light District’ there. Layla's voice weaves in and out of the wraithlike electronics, lost in the electric fog.

'Ghosts' is a creeping advance through the rural arcane, cello providing a melancholic and deeply English sense of dread. Layla’s accordion then adds an extra organic and natural feel to the backdrop of whistling, windswept glitches and electronic wails and washes. Unnerving yet lovely, spectral yet also deeply human this is musick that speaks both of the artists themselves and of Balance, kindred spirits on an astral plane of devotional electronic folk. Finally 'Thanatopsis' is a bowed string hymnal, recalling the work of Richard Skelton in its grace and heartbreaking beauty. As the track builds Layla's voice merges with Phil’s in a choral and cosmic requiem; this is music to wonder by. The electronics then grow harsher and louder before returning to the looped meditative drone of a singing bowl, over which the sound of solar winds slowly enters. A delicate melody is repeated and reverberated before returning to the wild and windswept landscape of the opening strings, a full circle from rural and earthborn to something lunar and cosmic and then back again; such is the power of this music. Indeed it is recommended that all your attention be on this recording when listening, this is not musick to play in the background; instead it demands focus, immerse yourself fully and you will be rewarded.

Hawthonn is a unique and visionary piece of music that is clearly a labour of love and is utterly heartfelt. It speaks of Balance himself and of his loss. It also evokes a rural unease and a true sense of nature at its most wild and unknowable. You need this album; this is an incredible and special work that needs to be heard and experienced. Sit beneath the Hawthonn and let the moon play you her music.

Available now as a limited digital edition of 72 copies, the download includes the Hawthonn album plus four additional 'holophone' tracks (more than an hour of, frankly essential, extra musick), a 32-page Hawthonn journal , full size cover artwork and a personalised, numbered certificate (emailed separately within three working days). Once sold out, the album will revert to an unlimited edition featuring album tracks and cover art only; do not delay to get this album in its most special and rare of editions. Buy or stream here: