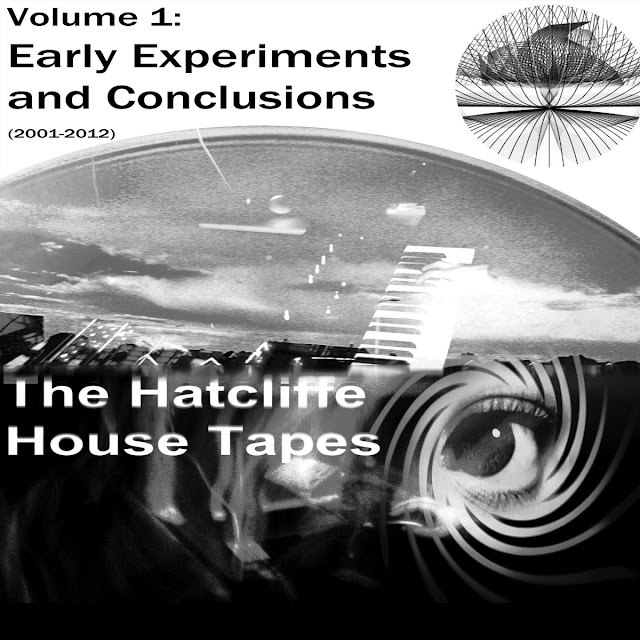 "The Hatcliffe House Tapes" series is the sort of treasure trove which the intrepid Bandcamp hunter may be lucky enough to stumble upon on rare occasions, should their visits to that site be both habitual, and unhealthily frequent. I was initially drawn to this project by the evocative hauntological quality of that title. As someone raised on a diet of M.R James short stories and haunted house films, how could I resist?

Comprised of cassette recordings made between 2001 and 2012 at the titular house by bedroom musican / artist / synth creator / video maker / dream weaver / sonic explorer / analog adventurer John Lee Richardson, this seemingly endless series (there's been five so far since February) is a veritable goldmine for the sonically adventurous.

In the interests of not getting overwhelmed, I've limited the scope of this review to the first volume in the series, but can vouch for the consistency of quality, and diversity of atmospheres to be found in the following volumes as well.

"Vol​.​1 - Early Experiments and Conclusions" is the least stylistically bound entry in the series (at this point), and for this reason one of the more diverse - an ideal starting point. The lengthy timeframe over which these tracks were recorded no doubt accounts for some of this diversity, but there's no denying that Richardson has a musically enquiring mind also. Contained within you'll find logo tones which draw from the same well of inspiration as Jon Brook's Advisory Circle project, kosmische,  psychedelia, krautrock and all sorts of other Radiophonic goodies. Richardson doesn't limit himself to one set of ideas per track either. It's with good reason that he's the only artist on Bandcamp using the tag "radiophonic krautrock". And confound him if he doesn't make the whole 'reckless alchemist of sound' approach seem like an easy thing to pull off too.

In terms of highlights, "Further Away" has a pretty irresistible, loping gait, with a rhythm track which is equal parts trip-hop and krauty psychedelia, with layers of tormented vintage synthesizers making all sorts of a lovely racket overtop, while "Poltergeist" piles on the tension with droning strings, as well as showcasing Richardson's unusual habit of mixing acoustic guitars with vintage synths.

And there's plenty more where that came from - on this volume and others. Save these for a wet afternoon and watch the hours disappear.

"The Hatcliffe House Tapes Vol​.​1 - Early Experiments and Conclusions" is available through the streaming link below, with further volumes available here.