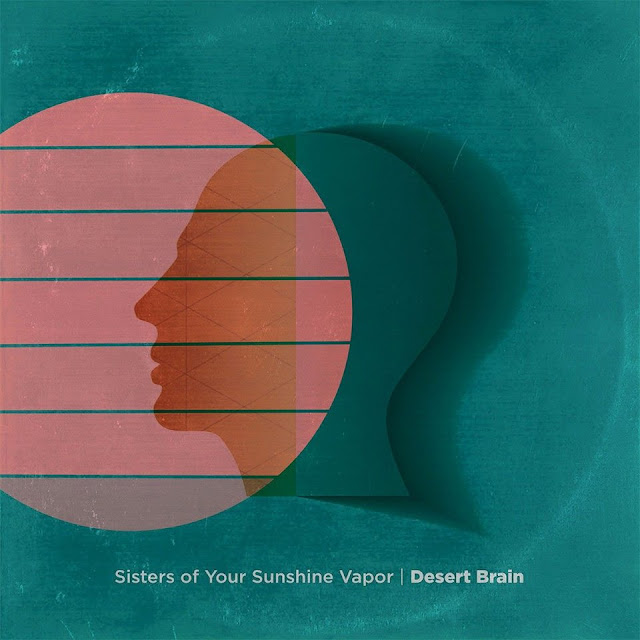 What I immediately noticed listening to the latest – “Desert Brain” – from Detroit’s Sisters of Your Sunshine Vapor was their willingness and often penchant for dissonance in their songs. Opening track, “Seventh Scene,” certainly allows for a few surprises in the chord progression, which otherwise slinks along under blankets of reverb and delay.

Though they’ve labeled themselves “garage psych,” there is more experimentation throughout the album than one would expect from those tags. Of course, there are driving guitar riffs – as well as a warm lo-fi feel – but there’s also eclectic rhythms, meandering organs, and soaring guitar leads that don’t fit as nicely in those genres – at least not upon hearing the way they’ve done it. Press material claims the band wanted to create “a shifting moodscape [rather] than [a] collection of individual songs.” And so we’re given a wholly fresh bit of garage rock than looks behind the walls and far, far out there.

See here for proof: “What’s Your Cloud Nine, 37?” begins as a slow guitar based instrumental, then somehow builds to a dense cloud of feedback and reverberating noise that gives way to the epic “Mother’s Magic Tongue / A Little Jaunt into the Light.” Here, shard-like guitars wrangle delay into a solid riff that drops like a hammer every time it comes around. Relief comes briefly before the second half: a slightly off-kilter guitar lead that’s eventually lost amidst noise again – and still there’s room for ambient field recordings at the tail of it all: cars honking, plunking pianos etc.

Sisters of Your Sunshine Vapor are currently touring Spain and Greece before returning for a show in Indiana and another in Ohio. My guess is they’ll be adding more shows to support. Keep an eye out for them. In the meantime, you can stream the new album at their Bandcamp page or buy below on clear and aqua splattered vinyl, CD-R or download (at your own price). All available now.