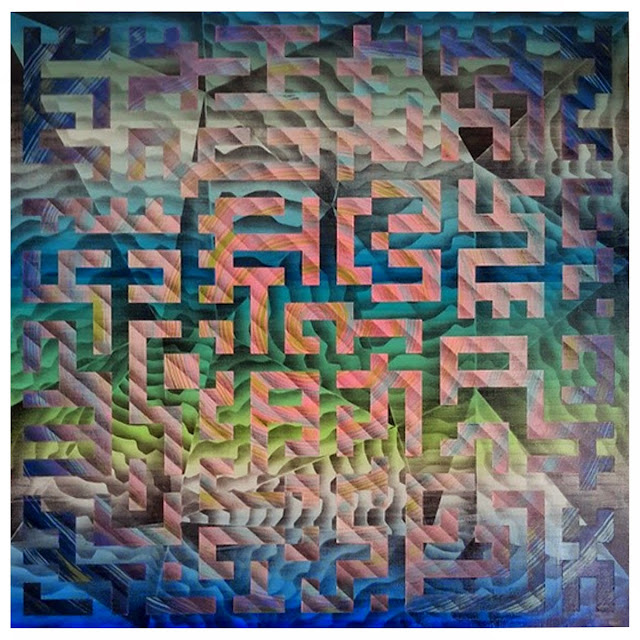 Northern California’s White Manna return with “Pan” from Cardinal Fuzz and Captcha Records this month. Like their previous releases, “Pan” presents – at least to this listener – a searing homage to chaos and nature. Apparently, I’m at least partially right: “…The tree, beaches, and open spaces where we live are all integral parts of our approach to music,” David Johnson (guitarist) states. You can hear as much in White Manna’s blend of amplifier worship rock and tuned-in freak outs: windswept plains, dusty and dilapidated towns, towering mountains, and abandoned beaches. Somehow White Manna has indeed – as they have in each of their releases – channeled vast landscapes and wide open spaces while nodding toward forefathers such as the Stooges, Hawkwind, and the 13th Floor Elevators all in one breath. Pan is an impressive entry in White Manna’s work so far and represents the band’s explosive live shows better than any other of their albums.

The frenetic guitar and organ of tracks like “Evil” channel madness as they race through the riff at a breakneck speed. Continuing a motif from 2013’s “Dune Worship”, “Dunes I” and “Dunes II” wrap up the vinyl’s A side. “Dunes II,” over the course of its seven minutes, steadily and coolly marks time while warbling vocals call out from somewhere, heralding the inevitable storm of frenzied guitar whirls. “Evil” rumbled from a deeper place as the band conjures the title throughout the chorus.

Currently on tour with Mugstar, White Manna played a set in Los Angeles this month at wonderful Cafe Nela, the walls of which are plastered with old concert posters and punk tees. Simply doing a line check, the band roared into the first flutter of hypnosis. From then on, the band ushers you through a haze, conjuring ever denser riffs, matching and, at times, surpassing the meticulous layers of the record. Watching the members play, they seemed almost as happily lost in the riffs as listeners. If you get a chance to see them, definitely do it.

All digital and CD versions will include two bonus tracks, “Slow Dust” and a live version of “Master of the Universe.”