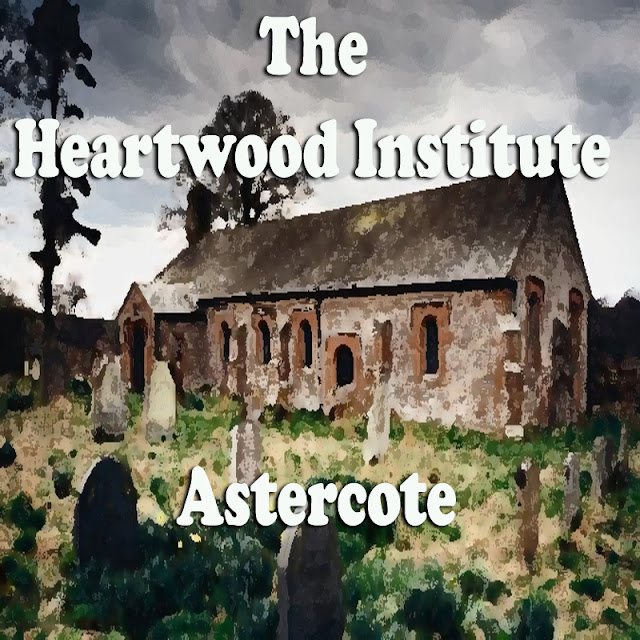 Library musician / composer Jonathan Sharp has spent the first part of this year channeling his energies into a new hauntology project (Hauntronica he calls it), the Heartwood Institute. Following on from two E.Ps which explore the folklore of the English lakes, comes his most ambitious Heartwood Institute release to date; an imagined soundtrack to Penelope Lively's 1970 novel "Astercote". The novel focuses on the titular village, which was wiped out by the Black Death in the 14th century, and is now overgrown by forest, but still exerting an eerie influence over the local Cotswold folk. It's very much in the vein of Nigel Kneale, "the Owl Service", and young adult TV series of the time - "Children of the Stones", "The Changes" etc. - and Sharp taps into the same rich vein of spooky incidental music that accompanied those and many other shows, to create a score that sounds very much like it could have been recorded around the same era. That description alone has probably captured the attention of Sharp's target audience.

Fans of the likes of "The GoatMan" and Klaus Morlock will feel right at home here, although Sharp's music is perhaps a little more varied than you would often find on this sort of project. There are certainly some spooky moments, but there's also a subtle sense of unraveling mystery, more than horror, with several tracks - "The Chalice Returned" in particular - having a similar lyrical quality to Sigur Ros's "Agaetis Byrjun" and Mogwai's "Les Revenants". Elsewhere, "The Chase" does a thrilling job of that old 'sequencer as helicopter' schtick, which anyone who grew up with "The Dark Side of The Moon" will find very hard not to enjoy immensely.

And Sharp's instrumental palette is diverse also; the excellent title track makes impressive use of percussion and synth voices to flesh out its memorable keyboard arrangement, and the surprises continue to pop up at regular intervals thereafter.

This is a really lovely piece, and Sharp seems keen on revisiting and giving this treatment to more of the supernatural novels of his youth, and I for one, am very keen to hear how they shape up.

"Astercote" is available here on a name your own price basis: