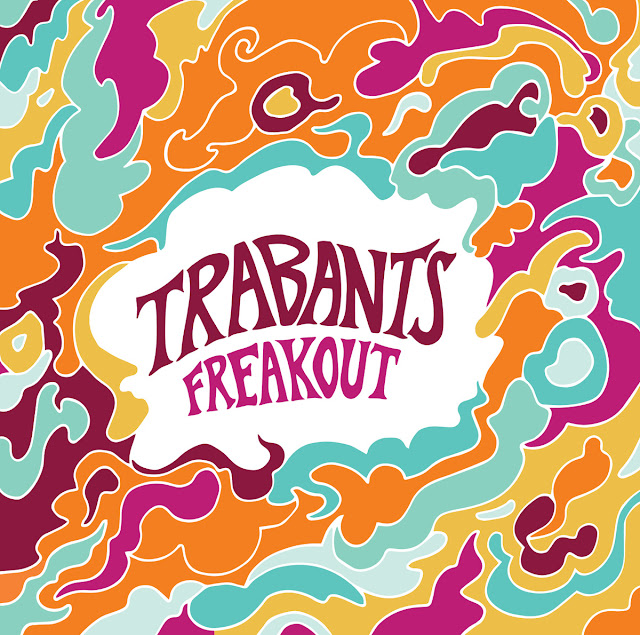 L.A's Trabants (pronounced TRUH-BONTS) could so easily be just another garage/surf revival group, but "FREAKOUT" is a great example of a band not letting ties to a very specific genre limit their sound.

Formed as a side project by Eric Penna (singer/guitarist of Boston band Ketman), the idea was to feature a rotating line-up playing obscure instrumentals from an assortment of little-known surf and library music records from around the world. Several albums later, Trabants have well and truly trascended this mission statement , and are now making some of the most enjoyable and exotic originals that we've heard in a long time.

Penna mixes the staples of vintage surf - propulsive drums, heavily reverbed and tremeloed guitars - with more exotic elements, some of which are well proven to work in this context (mariachi brass), and others of which are absolutely inspired; Penna's lead instrument of choice is the sitar, a distinctive point of difference which he absolutely nails. It's especially effective on slower, moodier tracks like "Mazar", while the sitar work on "Mecca" plunders the same Eastern scales as "Misirlou" to great effect.

It's a well paced, varied album too, with stomping garage rockers like "White Fire" rubbing shoulders with the more laid back, loungy numbers. The production is period-perfect and fab too; if I'd been told that this had been recorded in the mid sixties, the only reason I wouldn't believe it, would be because this is much too good to be an artifact of those times and not have an enormous cult following.

CD and digital both available directly from the band here: