Alan Jenkins & The Kettering Vampires "Nico And The Velvet Underground" 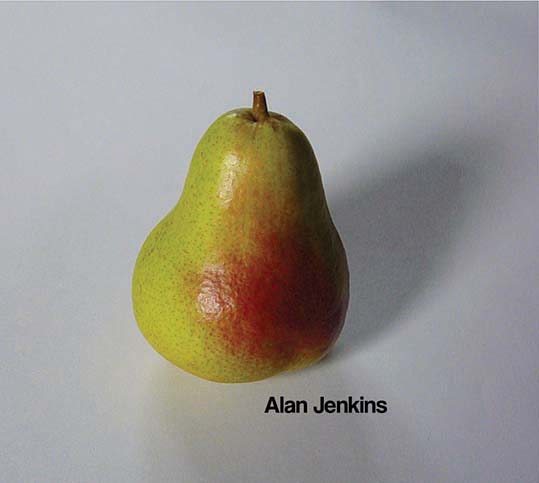 When Andy Warhol styled impresario Alan Jenkins found a demo on his desk from The Kettering Vampires (previously Otter Sandwich) one fated morning, musical history was (almost) born. The band (Lenny Ninja Snake on lead guitar and ostrich guitar, Neil Ska on prepared piano and ostrich prepared piano, the superbly named Jack Darkness on bass guitar and prepared bass guitar and Minnie Bannister on drums, ostrich spoons and prepared ostrich spoons) were poised to create a musical masterpiece in this, an instrumental surf version of some obscure and previously unheard of album named 'Nico And The Velvet Underground'. Despite Jenkins putting together a stage show extravaganza for the band called The Unexpected Vegetable Incident ( 'basically we projected cabbages over the band and sometimes a man in leather trousers would come on and juggle onions; the press loved it, it was a big hit everywhere') the band imploded, personal and musical differences splitting the group at the height of their powers (not helped by the antics of the avant gardist Neil Ska moving on from playing 'treated pianos' to trying to play things like a treated tank full of penguins). So the story goes and so here we have it; a surf guitar version of that album. And it is as you would expect from such a concept; utter genius.

Opening with 'European Son', the Duane Eddy/ Dick Dale guitars pleasingly suit the material perfectly. Bursts of xylophone and mellotron complete the picture as Lou Reed's paean to decadence takes a different path into a strident 'hit the beach' vibe. Likewise 'The Black Angel's Death Song', transformed into a church organ and chattering modular synth epic, leads into a Del-Tones take on 'I'll Be Your Mirror' - and it works like a dream. It is actually a tribute to Reed's songwriting that his melodic sense is so easily transferable to another genre; it is also a testament to The Kettering Vampires who manged to stop squabbling long enough to record this opus. 'There She Goes Again', always a 60's beat song at heart, is ably and beautifully transformed into a twangy, tremeloed wonder; you really have to hear this! A somewhat trickier proposition for the Vampires must have been 'Heroin', however they go at this doomed anthem with gusto, creating a fifteen minute epic of sustained glacial church organ, building and layering reverberated guitar and, curiously, a real sense of joy. 'All Tomorrow's Parties' is Nico as performed by The Shadows; if you never thought you wanted to hear that it turns out you were wrong, this is an absolute gem. Casio Tone keyboard finishes the track in style before 'Run, Run, Run' becomes an epic, widescreen Sergio Leone tinged revelation.

If I've not sold this album to you already I cannot recommend this highly enough; there is something utterly heartfelt about this project, it is truly a labour of love and has been beautifully and thoughtfully put together. And frankly, you will have never hear anything quite like this before or will do again! 'Venus In Furs' veers from moody, Ennio Morricone atmospherics (complete with cosmic, analogue keyboards) to jaunty, almost ska based organ interludes. Imagine the Velvets had grown up on the West Coast instead of the East, had had a bit of sunshine and a decent diet; this could have been the result. 'Femme Fatale' is a genuinely gorgeous piece of surf pop, whilst 'I'm Waiting For The Man' is a Krautrock, Neu inflected motorik masterpiece with the Dick Dale style fender work propelling the song onto new, previously unthought of dimensions. A burst of distortion begins the finale; a truly 'ostrich guitar' filled version of the classic 'Sunday Morning' which morphs into lovely, chiming and finger picked melody from the opening wild cacophony. A bit like the Velvets themselves used to do. Or indeed, The Kettering Vampires.

What to say? This is an instrumental surf version of 'The Velvet Underground and Nico'. That alone should be enough to recommend this album, however it is also important to note that this is a truly creative, unpredictable and exhilarating recording in and of itself. It may or may not be the work of Alan Jenkins alone ( his name adorns the sleeve artwork of a single apple, Andy Warhol style) whose previous work has been with The Deep Freeze Mice and The Chrysanthemums. Or it may be the work of Ninja Snake, Ska, Bannister and Darkness. It doesn't matter. Put on your black polo neck and grab your board, surfs up.

Stream or download "I'm Waiting For The Man" here as a taster, then order the CD here.