The Ghost of a Saber Tooth Tiger "GOASTT Stories" 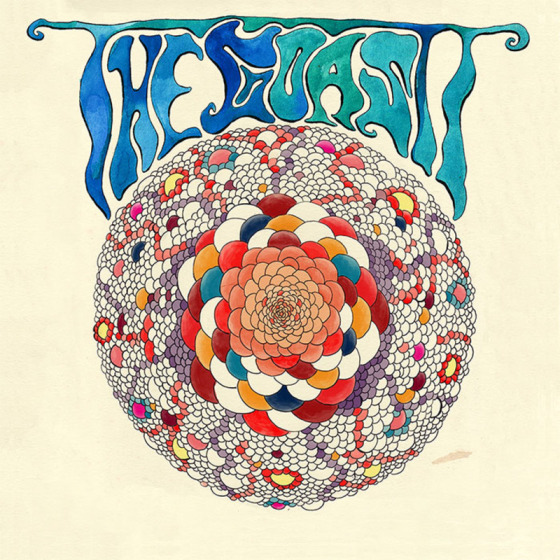 Since 2008 The Ghost of a Saber Tooth Tiger – stage moniker for duo Sean Lennon and Charlotte Kemp Muhl – have been home brewing through their own label Chimera Music a varied brand of fun loving, theatrical psychedelic pop, inspired in part by the rock of the ‘60s, French yé-yé, and gypsy folk – among other things. Following up their official debut, “Midnight Sun,” “GOASTT Stories” adds four more to their catalogue, this time taking, to my ear, a lighter tone than their debut, which had some raucousness and unrest to it. “GOASSTT Stories,” however, continues to showcase Lennon and Muhl’s penchant for off kilter melody and beautiful – and often eerie – harmony.

“India” is the stand out track here for me. It’s atmospherically lush while maintaining a relatively straightforward instrumentation: acoustic guitar, organ, bass, while still allowing for eclectic percussion. Muhl and Lennon’s vocal interplay is at its best here. It concludes with a soulful blast of organ madness that recalls the more hectic parts of “Midnight Sun.”

As a whole, the EP ushers listeners toward perhaps a more complete view of the duo’s potential, taking on a few new sounds and leaving others behind in their debut. “Pierrot,” for example, has a middle era Pink Floyd inspired airiness to it that leaves room for some of the most interesting song structure on the EP, while “Richard Brown” closes it off with – after an ornamental piano intro – a bit of burlesque comedy, which we only got glimpses of in their earlier work.

It’s likely difficult for anyone to hear Sean Lennon’s music without considering it within the context of his father’s music. And, at times, the vocal quality, melodic choices, and songwriting are uncanny, but Lennon’s work is in many ways more eclectic, pulling even more so than the Beatles or John Lennon’s solo work from various corners of the world, which may only be a product of the modern era, communication, technology etc. Whatever it is, Lennon and Muhl have produced another polished collection of songs that sway with ‘60s era dreaminess and passion.

Available on vinyl here (US), and here (UK/EU).