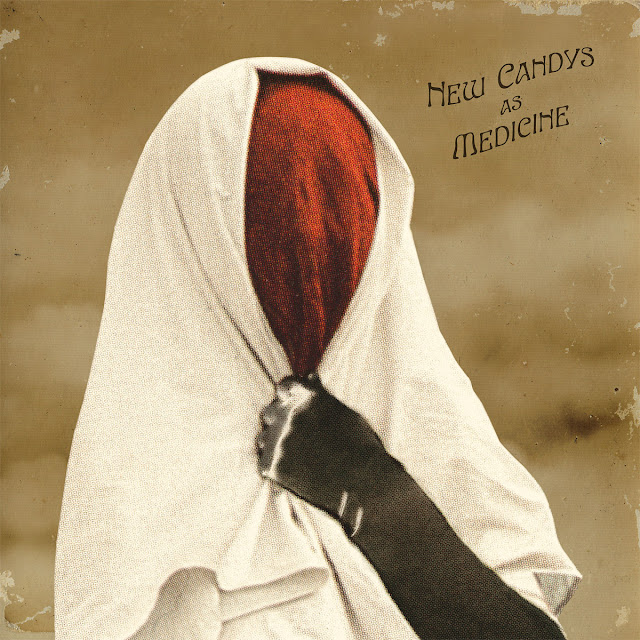 Venetian psych band New Candys is hand in glove with Minnesota label, Picture in My Ear. The band describes their sound as “33.3% Rock + 33.3% Roll + 33.4% Psychedelia”. There's nothing overly retro about their sound. This is psychedelia for the modern age, reminding me a bit of The Laurels with tripped out garage rock that dips its toes into the same pool as The Raveonettes and Black Rebel Motorcycle Club. I only drop names to provide a frame of reference for listeners, not to sign and seal this band’s music into a claustrophobic musical envelope. Produced by original Loop drummer/producer John Wills, the album was released this past March. As if that’s not enough psych cred for you, two band members also tour with Mexican band Lorelle Meets the Obsolete.

“Thrill or Trip” charges straight out of the gates, tickling all the right sonic sweet spots with muscular swamp guitar and heavy reverb. It’s a fitting start to an album that never lags in energy, from the groovy vibe on the BJM influenced lovefest of “Song for the Mutant” to the fuzzy “Dark Love”. This is a band confident in its innate songwriting abilities, weaving musical spells with huge hooks and lots of bang for your buck. “Aphrodite in Leather” trots down a darker path and you gotta dig that sinister surf guitar and the bleakest of vocals (and man, that fadeout, killer!). “Overall” is quite excellent as well, with blistering, spazzed out psychobilly guitar, cool stoner bass, and ringing bells. “Bones on Fire” is an acoustic piece and in stark contrast to the energy laden numbers that precede it, exploring the quieter side of this genre with predictably pretty results. “Mess” goes right back to business, with more of that uber cool surf guitar that fits this genre so perfectly. “Jolly Pan” is head bobbing and insinuates itself instantly in your head, while the closing tune “Endless Deadline” steals a riff from some old song that escapes me, but you’ll know what I mean when this fun song hits you with its best shot.

From start to finish, this is a solid piece of modern psych that fans of this genre will greatly enjoy!