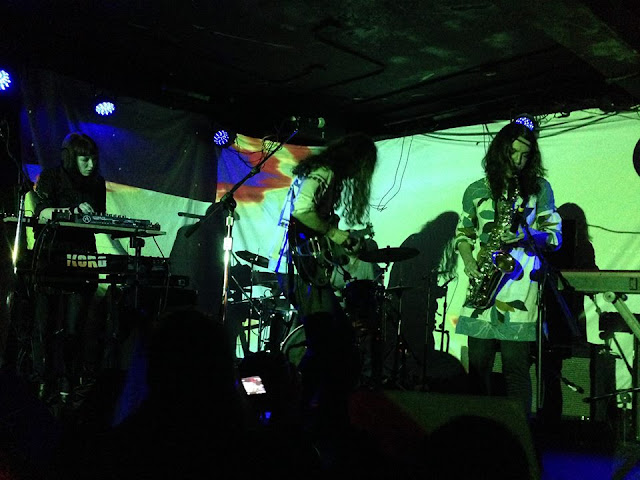 What was the first record you bought?
Jack: I read a few of these on the site, and man, people don’t wanna admit that there was a time they didn’t have supreme taste! First record I bought was probably a Smashing Pumpkins record or something. And by “or something” I mean it could’ve been an Incubus record or something. Then when I got my first job, I bought like 30 Bob Dylan CDs to exorcise.
Lorraine: Benny Goodman – Greatest Hits. I started learning clarinet at 8-years-old and was told to listen to this. I didn’t like it.

What was the last record you bought?
Jack: Metalepsis by Eartheater
Lorraine: Love’s self-titled LP

What's one thing about you that very few people know?
Lorraine: Whooping cough destroyed my lung capacity my senior year of high school, so I quit playing wind instruments for years so I always tell people who haven’t played in a long time to give it a shot again!

If you could record with any one artist who would it be and why?
Jack: Living or dead? If living, then Kid Millions because we could just write one bar of music and he could make a punishing, amazing piece of music out of it. If dead, then Miles Davis, because that’s whose music I’ve jammed the most and because he found a way to make music that was unpredictable, raw, aggressive, and visceral, but also creatively structured, unpredictable, and he could write a crazy polyrhythmic groove that people could still dance to, or some esoteric atonal thing or a blend. And in spite of all his reputation for being a dick, he was such a great teacher, no one produced more unique voices and leaders.
Lorraine: Hamid Drake, if I could get over the fact that I think of him as more god than man. We’ve been working on learning how to write for double drummers and auxiliary percussion, but I especially love Drake’s playing because of the spiritual grace he brings to & through his music.

Who should we be listening to right now?
Jack: Frank Rosaly or Hamid Drake and anyone they play with in Chicago (that’ll cover a lot), Circuit des Yeux, Toupee, Yonatan Gat, Horse Lords. Live, I’d try and see Pharaoh Sanders and the like before they pass on.
Lorraine: American Cream from Minneapolis. Their album Nathan is amazing.

Vinyl, CD, digital or cassette?
Jack: I like vinyl but don’t wanna wade into the nostalgia debate thing, but I do think there’s value in physical media. But really, just whatever the record’s mixed/mastered for. Hearing CD masters on vinyl’s pretty painful. Our record was made with vinyl in mind, so it sounds good with the cassette distortion too, but we had a slightly different master made for CD/digital.

Tell us about your latest release.
Jack: It came out of more than a year of writing and jamming stuff out together and touring, so we ended up with this record of sharp contrasts that hopefully hangs together. Trying to preserve the spontaneity of things, when bleak, grinding noise suddenly gives way to some melodic lead, or a song of screams and free chaos collapses into this, almost a ballad.
We tour a lot and living in the van that way lends a kind of communal vibe to the music that I think the LP reflects, as opposed to just one person’s vision. So we tried to make something that’s immediate but rewards close listening like a good live show, which you can end soaked in sweat and beer, but remember the music as music too. I don’t know if anyone’s ever really captured that kind of thing on record short of The Stooges or Fela or someone.
We wanted to make something that channeled both the direct, explosive feel of a good warehouse show and the musical adventurousness you find in the noise and free jazz scenes (like some inspirations I mentioned before). So we tried to take some risks and let the chips fall as they would on some stuff, especially the wind instruments, instead of master planning it all.
Lorraine: I’m really proud of this album, and especially of the horn arrangements. A lot of it’s improvised live. Kevin and Peter gave us great ideas in the studio that Jack and I were able to arrange to complete our vision of the songs. Sometimes I think the record is mellower than I’d envisioned it would be, but I think we managed to capture a flow, a back-and-forth between the musicians that’s natural and heady and a big part of what this band’s all about.

What's next for you, musically?
Jack: More focus on rhythm and percussion for sure, learn some Latin rhythms maybe, get better at leaving space in the songs. I want to get better at writing songs that are songs, but keep the communal writing vibe going too. I’ve never studied music at all, and listening to bands like Guerilla Toss and Dirty Projectors and good jazz players that use that knowledge in a unique way makes me want to learn more. All those people have a lot more silence in their music than we do which I like…
Lorraine: We’ve been on the road a long time, its hard to believe how long, two and a half months! I love touring, but I’m looking forward to getting back into some private headspace and writing new stuff. 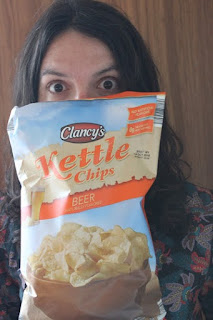 Lorraine: Hate to take the internet meme route, but we’re on tour in Ohio, where we used to shoplift from Kroger’s a bunch but Bill and Jack got busted last time and were faced with the prospect of arrest or signing a lifetime ban from all Kroger-affiliated stores so times are rough.
Jack: Yeah keep an eye out for Officer Bradford Rice of Florence, Kentucky. He’s got a lot of hardcore tattoos and many a devil dog but he’ll bust you with no mercy and lecture you about the morality of shoplifting a $0.49 bagel from a fluorescent lit slave warehouse, but still, fuck crowdfunding your beer chips!