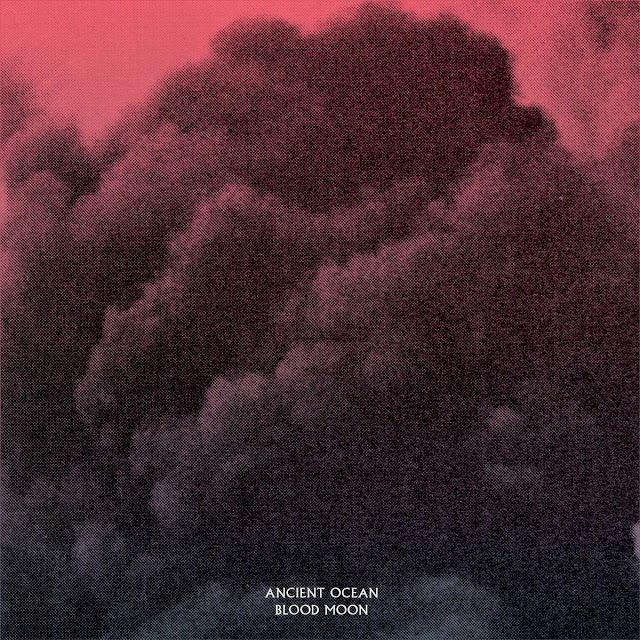 Ancient Ocean is Brooklyn, NY’s J.R. Bohannon, and his debut record, “Blood Moon” – from Beyond Beyond is Beyond – drops at the end of June, just in time for your summer’s ambient needs. This debut follows a few EPs and cassette releases, but this is first time we’ve heard Ancient Ocean operating within an album length space – and, with four tracks that total more than forty minutes, Bohannon has given himself plenty of space for exploration. Too many ambient albums fall into the trap of sounding improvised without purpose, but “Blood Moon,” from the start, takes you by the wrist and leads. From the start, “Blood Moon” feels weathered and classic, an album worthy of repetition.

Over a hush of white noise, “Beargrass Creek” slinks through a dense and loosely sliding melody before roughly bowed and brooding strings, mirroring the sliding melody, come to the foreground. The experimental nature of the composition lay in the execution; the melody is pleasant, even memorable. Ancient Ocean’s talent is the building of these sonic landscapes while retaining the human quality of the instruments and their players – even highlighting them. You can’t help noticing the emotive playing when, later in the song, the string section appears alone. In some ways, “Beargrass Creek” stands in contrast with the relatively brief opening track, “Blood Moon,” which emphasizes another quality in Ancient Ocean’s music: the ability to create a lush wash of complex and compelling sounds from (mostly, I think) electronics. The whole album is hypnotic, proving Ancient Ocean’s status among his contemporaries as an impressive new voice in the genre.

There are a few notable guests on the album: Jonas Reinhardt and Mark Demolar (Woodsman) on the title track; J.S. Aurelius (Destruction Unit), Craig Schenker and Aaron Martin on “Beargrass Creek.”

There’s an obvious influence from minimalist composers album wide, but, for a contemporary frame of reference, Ancient Ocean recalls the early albums of Stars of the Lid and Godspeed You! Black Emperor as well as the ambient work of Rachel’s or Boards of Canada at times.

Ancient Ocean is a rare and beautiful record.

Available on CD here (UK/EU), and vinyl here (UK/EU). US buyers can get it straight from the label here.