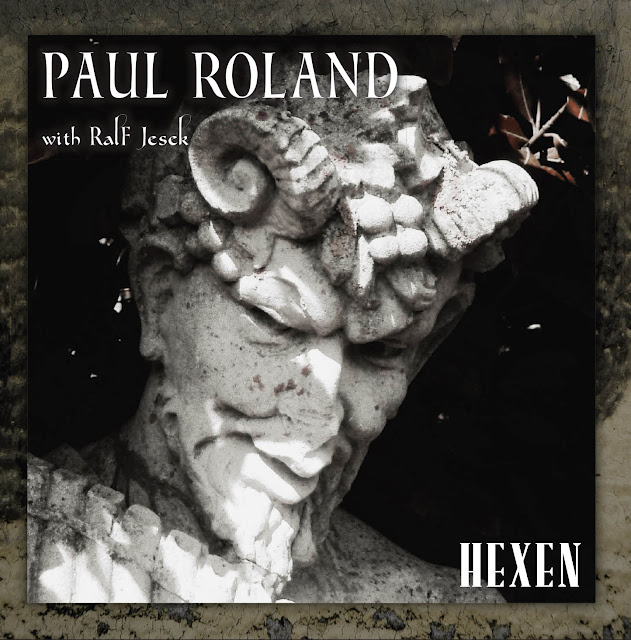 Paul Roland should be a name familiar to all readers of this page but if by chance this is not the case, he is the psych legend behind such classics as "Cabinet of Curiosities" and "Sarabande". For over twenty years he has tirelessly produced tripped out and deliciously dark albums that have somehow criminally gone under the radar of the more popular music mainstream. A personal hero of this writer, his work cannot be recommended highly enough.
Which makes it particularly special that two new Paul albums have arrived at once; this is a Black Christmas indeed! The first, "Hexen", is a soundtrack to the classic Danish silent movie "Haxan" (1922) and is credited to ‘Paul Roland with Ralf Jesek’ to acknowledge the contribution made by his collaborator (of the band ‘In The Rosary’). Unfortunately Paul’s plan to rerelease the film with his new accompanying music fell through but, undefeated, he has put out his original soundtrack with the addition of new tracks that focus on similar themes, that of pagan nature worship and the persecution of witches in the Middle Ages.
The opener "Sanctus" is a gothic organ piece that, with ominous bells and chanted vocals, could also have ably fitted onto the soundtracks to such folk horror film classics as "Witchfinder General" or "Blood on Satan’s Claw". "Night of the Witch" is more guitar led; a black mass of full blown dark psychedelia. In contrast "Devil’s Wood" is an acoustic chamber piece that name checks Jack-In-The Green and has a timeless Wicker Man beauty to its pagan folk approach. "Beltane" celebrates the waning of the year and Herne the Hunter, its nursery rhyme verse and handclaps accompanied by floating female vocals in a swaying solstice dance. Fans of Espers, Sproatly Smith and the John Barleycorn Dark Britannica folk series will find much to love here. Indeed "Wicker Man" tells the tale of the Christian copper led a merry chase by the inhabitants of Summerisle in a violin led, sinister procession of a song. The second half of the album leaves Roland’s storytelling and more straight forward psych tracks to delve into the mists and mire with several dark instrumentals and the album becomes more of a traditional soundtrack, giving some idea of how the original plan for Paul’s Haxan might have sounded. "Agnus Dei" and "Kissing The Devil’s Arse" provide Black Sabbath-esque breaks from the string drenched horror, creating an effective dynamic between foreboding interludes and full on psych monsters.
Hexen is released by Palace Of Worms and is a must for all lovers of the original movie "Haxan" and those who like their psych or dark folk sprinkled with a layer of gothic dread. 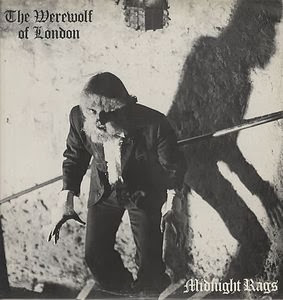 The second release from Paul is a reissue of his debut album from 1980 "The Werewolf Of London" as a ‘Director’s Cut’ re-mastered and with additional tracks (recently rediscovered alternate mixes of "Puppet Master" and "Dr Strange") and several retouched songs. Paul’s first outing set him on a course into the world of wyrd and dark psych-folk and contains several of his classic tracks such as "Blades of Battenburg" and "The Hollow Men". The usual Roland mix of full on psych rock tracks interspersed with acoustic, macabre tales is well evident here along with more synth based songs that, as his career progressed, would tend to morph into string quartet aided baroque pop. Melodic and yet disquieting this is an accomplished and mature debut but the best was still to come. Roland has a diverse and prolific back catalogue which he is in the process of reissuing (so you can avoid some of the three figure sums that the originals now sell for). Take a trip down the rabbit hole into the dark and frightening, yet colourful and twisted world of Paul Roland.