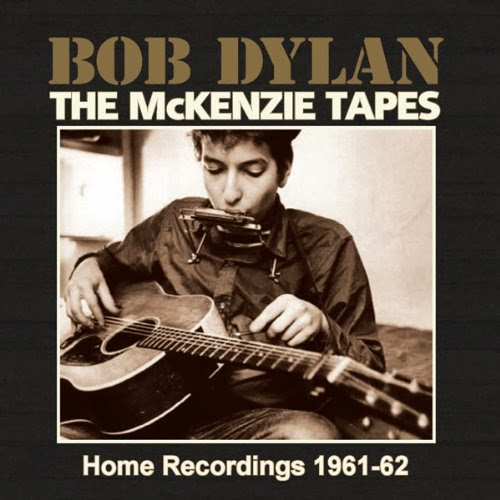 Another couple of legal loophole Bob Dylan releases have found their way out in the EU over the last few months (and are easily obtainable via Amazon.co.uk).
While I support the official Bootleg Series 100%, these two releases are unlikely candidates for release in that series anytime soon due to sound quality issues in one case, and an unfairly harsh critical reception in the other. So given that no official release is likely in either case, what to make of these two releases?
The first is "The McKenzie Tapes - Home Recordings 1961-62", a selection of thirty solo acoustic performances recorded on amateur equipment at the home of Eve and Mac McKenzie over three sessions between 1961 and 1963. Rather than the complete tapes, these are the 'highlights' from these informal tapings and while the performances are often convincing, the sound quality is extremely rudimentary (especially on the first two sessions where tracks are more often than not fragmentary). One theory for this alleges that the tapes were sneakily recorded by Anthony Scaduto while interviewing the McKenzies for his authorized Dylan biography. Armed with a portable tape recorder he'd request a cup of coffee and tape what he could while in the room alone before stowing his gear hastily on their return. An unlikely story certainly, but one that makes the fragmentary nature of these recordings and the inherently rough sound quality a little more listenable.
The last session from 1963 (not 1962 as stated) heats up a little more with longer versions of essential Dylan rarities like "The Death of Emmett Till" and "Ballad of Donald White" making this a must own for the early Dylan fan, but a no go area for the more casual listener. 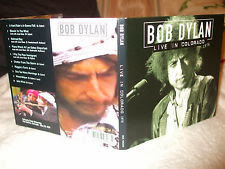 Next up, and a much more appealing prospect is "Live in Colorado 1976" - an excellent live document of the show that the official live album "Hard Rain" was drawn from, although neither come close to covering the whole show.
While the first leg of the Rolling Thunder Tour from 1975 was universally touted as a success, the second leg from 1976 was noticeably darker and heavier. While it's true that the spontaneity and fun of the 1975 shows are long gone, there's a greater conviction in performances like "Idiot Wind" that leave their studio counterparts whimpering in a corner.
"Bob was really hitting the bottle that weekend." says Rolling Thunder bass player Rob Stoner "That was a terrible fuckin’ weekend. There was a lot of stuff that makes Hard Rain an extraordinary snapshot—like a punk record or something. It’s got such energy and such anger."
Also welcome is a chance to hear part of the acoustic set from this performance which was completely axed from "Hard Rain". While Joan Baez' presence is tolerated more than enjoyed, there's no denying that their harmonizing on Woody Guthrie's "Plane Wreck at Los Gatos (Deportees)" and "Railroad Boy" is extremely well polished and appears to spur Dylan on.
Yes, there's some duplication with tracks that appeared on "Hard Rain". Yes, that is very obviously a photo from the 1978 tour on the cover. And yes, an official release of the whole concert with DVD would be much more welcome, but at the end of the day this is a compelling performance that the critics have always told you was a bit rubbish, and one that they just happen to be very, very wrong about. And now you have the opportunity to judge for yourselves.