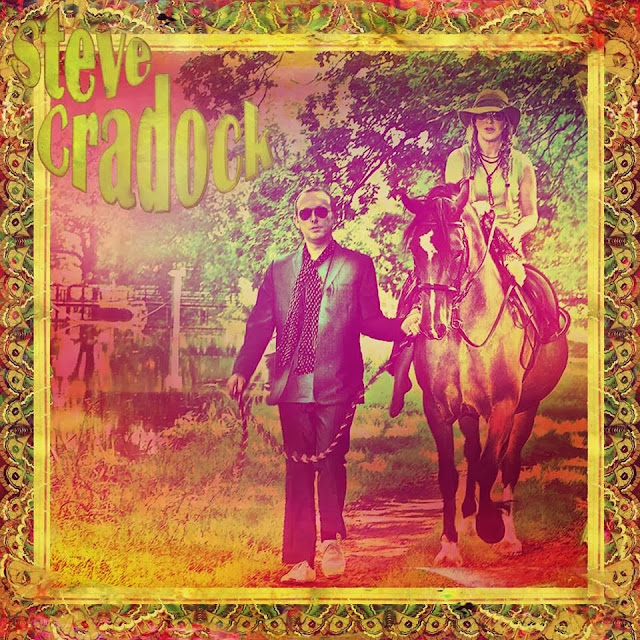 The last few months has seen reviews piling up for this album all over the place online - all uniformly positive, and pretty much all expressing various levels of amazement that that bloke from Ocean Colour Scene could pull this out of his hat.
In all fairness while Ocean Colour Scene do have a habit of accentuating all of the worst elements from a bunch of fabulous vintage Brit boogie bands, Mr Cradock's stock has risen considerably with his other ventures.
Aside from a lengthy stint in Paul Weller's band, Cradock has also launched a solo career that has become progressively more interesting with each release and this latest, "Travel Wild, Travel Free" is the sort of album that's likely to lead to a large number of hats being eaten.
While he's shown signs of creative restlessness on previous solo outings, this is the first time that he's fully shrugged off the vintage trad rock mantle and embraced the latent psychedelia that one had always hoped was lurking underneath the surface, and the resulting album is a glorious outpouring of technicolour psychedelic pop music that occasionally reverts to the riffy rocking of OCS, but more often than not reaches the heady lysergic heights of the best of Carnaby Street's sugar coated psychedelic output.
There's still a slight mod edge to proceedings - nothing wrong with that if done well, but Cradock's vocals (and those of his wife who features in a supporting role) are treated with all manner of trippy effects, and Cradock himself often reverts to an effecting falsetto that negates any traces of lad rock.
The cover itself is a pretty good indicator of the contents - a paisley tinged "Tupelo Honey" - full of honest soul with a nicely lysergic sheen.
At its best its like a mod Beaulieu Porch and frankly, it's at it's best for most of the running time.
A fantastic psychedelic mod-pop album with an everything but the kitchen sink approach that sounds like something the engineers at Abbey Road spent all of 1968 labouring over.
Abandon all prejudices here, and prepare to be wowed.