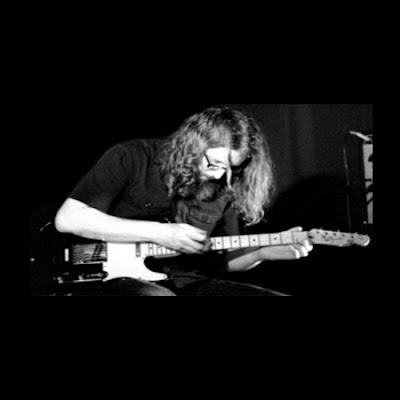 Deserted Village are delighted to announce the release of this epic, 99 track, download compilation “For Tom Carter” curated by David Colohan and Gavin Prior. 100% of the proceeds from this release will go towards Tom Carter’s medical bills. In June 2012 Tom fell ill with pneumonia while on tour in Germany with Charalambides. He had to cancel the rest of the tour as well as spend several weeks in hospital and several months convalescing upon his return to the USA. Christina Carter, his partner in Charalambides, set up the Robert Thomas Carter Irrevocable Trust to provide for his medical costs. Tom has recovered well and has returned to touring and recording. However he still faces huge medical bills even after the outpouring of support from around the world and the success of last year’s compilation organized by the trust.
“For Tom Carter” is first and foremost the result of the generosity of our favourite musicians around the world. It’s also the product of 10 years of releasing music, tape-trading, touring, record collecting, promoting shows and having many of our musical heroes sleeping on our couches including Tom himself. Deserted Village has been online for 10 years now and we have made our entire catalogue available as (mostly free) downloads to mark the occasion.
As well as names from the underground little-known outside of Ireland, we’ve called on friends made on our travels from Korea to California, Australia to Norway and many places in between. Closer to home, Richard Youngs and Valerio Cosi were happy to send us exclusive tracks. Of course Tom’s native land is well represented by fellow travellers in exploratory music including Sunburned Hand Of The Man, MV & EE, Bobb Trimble, Stone Breath, Heather Leigh and Marissa Nadler.
You will hear fierce free jazz, drone, traditional folk, noise, sacred harp singing as well as music not fitting any of these catagories. The diversity of styles on this compilation, shows the futility of trying to pigenhole the fertile global underground into genres and how people working in such disparate areas have been inspired by Tom Carter’s music.
Tom Carter is best known for his work with Charalambides, which he co-founded with Christina Carter in 1991 but has recently been focusing on his duo with No Neck Blues Band co-founder Pat Murano; Sarin Smoke, his duo with Pete Swanson; and his solo performances and recordings.

You can download through the link below - it's only a minimum of 7.50 Euros for 99 tracks. Please give generously.