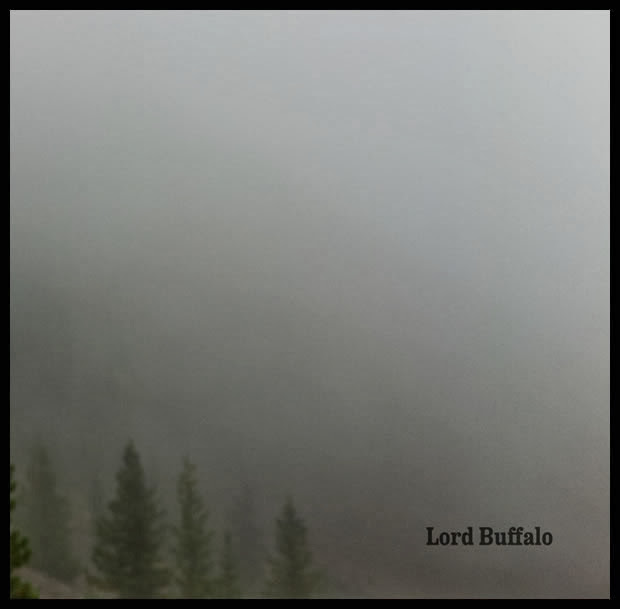 A new group from Austin, Lord Buffalo, has a new 7” out on Black Castle Collective.
Unlike many of the neo psych groups hailing from Austin, these fellows compliment the standard instrumentation of guitar, bass, keys and drums with a more folk- friendly selection of instruments (banjo, pedal steel and violin). The result is a more cinematic listening experience. Maybe it’s a Texas thing, but this is the sound of huge vistas, big skies and the vast emptiness in the pit of a condemned man’s soul.
The two songs on their new single are called "Mene Mene Tekel Upharsin" and "Black Mesa"
Comparing this to the groups 2012 EP, the new single seems a far more concentrated affair. Although their sound certainly still evokes dark desert nights, there’s something less personal in the intent of the new material. It’s like the sun is rising at long last and the introspection of the previous songs has turned outward to face the coming battle.
The title "Mene Mene Tekely Upharsin" comes from the Book of Daniel in the Bible, referencing the message written on the palace wall the night Babylon fell. There is a definite sense of foreboding here, delivered over a pounding war dance rhythm. In the words of singer Daniel Jesse Pruitt, the song is about that moment of no going back, when “the shit’s about to get real”. One might get a sense of The Black Angels here, but the sound feels far removed from the new lords of psychedelia. Perhaps that is a result of the band focusing on creating moods based on live performances and short form releases. Both the EP and this new single have consistent themes running throughout and have no problems standing on their own merits.
On the B-side, "Black Mesa", Pruitt’s Bono-esque vocal delivery is complimented by a very unexpected violin and slide guitar sweep that (oddly enough) reminds me of Gordon Lightfoot’s "Wreck of the Edmund Fitzgerald" or even something Celtic in origin. It seems odd to reference both the U2 front man and the Canadian troubadour Lightfoot in the review of a talented modern band, but I think that the fact that Lord Buffalo even suggests these two sounds is a testament to their strength and potential. There’s a definite intelligence and courage to this music, and I for one am encouraged for their future.