Any Version Of Me "We Are You" Review 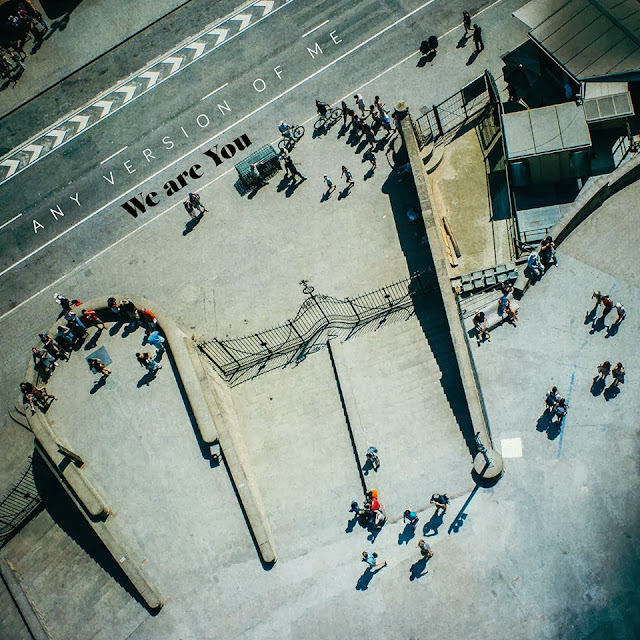 It could be the premise for a wacky French sitcom: Guillaume Lepine, thirty-something Parisian, works as physical education teacher by day, but moonlights as a musician that sounds like Lennon and writes like McCartney. And yet improbably, through a series of unheralded, self-recorded, self-produced, impeccably crafted albums stretching back to 2008, Lepine (aka Any Version of Me) has been doing exactly that.
Any Version of Me’s early recordings were adept Beatles/Beach Boys pastiches that featured Lepine’s adenoidal, Lennon-like vocals over jaunty, Macca-liciously pulsing piano/guitar-driven singalongs (I remain convinced that ‘Mrs. Alpert!’ from his first album was inexplicably left off Revolver; please don’t try to tell me otherwise). What sets Lepine apart from any other Beatles-influenced performer, however, is an uncanny ability to compose benevolent, wholly original earworms that echo the spirit of his influences without ever copying them. Starting with 2008’s Backward Forever, through Home Alone (2009), Wasted Sun (2010) and A Matter of Time (2012), Lepine quietly – and with no press whatsoever – released a remarkably consistent body of work that followed this charming Beatles/Beach Boys chamber-pop pattern.
That’s why We Are You, AVoM’s 2013 offering, feels so different from its predecessors. Oh, there’s still the odd, unspeakably catchy singalong here and there, but at its core, it is the darkest, most ominous-sounding album of Lepine’s career.
That is no accident.
“I was going to record my fourth album (2012’s A Matter of Time) in a real studio with a band,” says Lepine, who has recorded every one of his albums “home alone” in his Parisian loft. “We had rehearsed for almost a year. We had the producers. The studio was booked. It should have worked. But my mother fell badly ill at the same time and I had to be with her. After [she died], it was too late.”
A sense of loss, frustration, grief and disappointment suffuses all of the material on We Are You. But the music – usually relentlessly upBeat(le) – has taken a decidedly dark turn. The peppy opener ‘Can’t You See’ feels like a typically bubbly AVoM effort, but the second track, ‘Six and Three,’ dispels that notion and marks a shift in tone that pervades the rest of the album. A moody and pounding ‘80’s-styled number, it begins like a Jake Bugg knockoff, but ends up sounding like Human League in their darkest hour.
‘We Are You’ and ‘The Things That Matter’ are further evidence of this initially unsettling shift. The atmosphere in both is funereal and reflective, yet – and this is the real wonder of Lepine’s gift – the melodies are still uncommonly top-notch. How can anything this sad be this effortlessly catchy? Seriously, the guy has more hooks than a pirates’ convention. But the shock of his mother’s death and the daunting setbacks in his career would appear to have been channeled into his music. Make no mistake: it’s not just about the hooks. This music packs a considerable emotional wallop too.
‘Goodbye’ and ‘Get Me Out of This Place’ are pounding rockers that would have been more convincing had they been powered by the full band that Lepine alluded to. But even as solo products of Lepine’s home studio, they are strong, propulsive songs that provide temporary respite from the haunting, melodic gloom.
For an album that’s already been an emotional tour de force, it is the extraordinary final song, ‘Omaha,’ that provides the most moving moments, and quite possibly the finest song of Lepine’s career thus far. I dare anyone to listen to him sing “It’s getting hard to watch your dreams go by” – and the subsequent mellotron passage that rips the air from one’s lungs – and not find oneself profoundly moved.
One of Lepine’s earliest efforts, an uncanny, note-for-note recreation of The Beatles’ ‘Nowhere Man’, used to be posted on his Bandcamp site. It is no longer there. Presumably this is because Lepine feels – and quite rightly so – that he has emerged from the shadows of his heroes.
The first time I heard Any Version of Me, it was a song from his 2008 album Backward Forever, called ‘More.’ Back then I was certain I’d discovered not only my new favourite songwriter, but also a undiscovered musical talent of the highest order. We Are You is further evidence I was right.