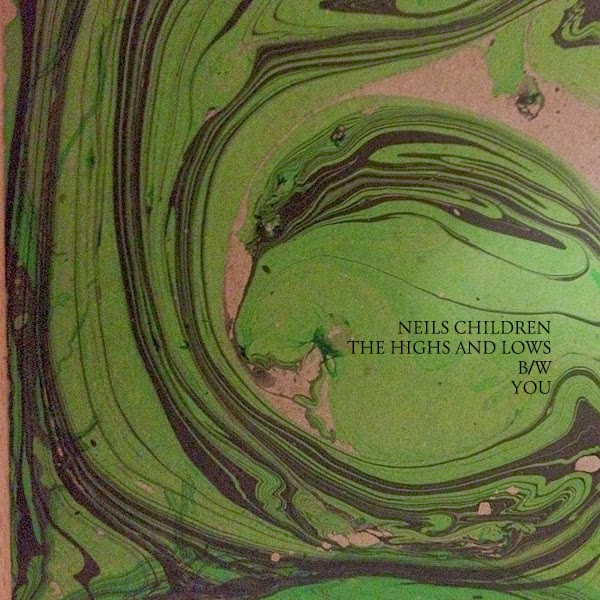 "At a Gentle Place", from this year’s superb "Dimly Lit", turned me into an avowed child of Neils Children. It’s the sort of tune that grabs you by the lapels, slaps you upside the head and demands your attention – but in the most delicate, darkly fanciful way. Eerie keyboard passages and ominous, insistent bass (somebody’s been listening to a lot of Carol Kaye!) subvert the melody’s almost childlike charms – an impression that is accentuated by flourishes of primal, post-punk drumming. The perfect blend of dark and bright. The rest of "Dimly Lit" follows a similar pattern: clicking, plectrum-heavy bass riffs (straight outta the "SMiLE" playbook) establish a mood that is subsequently embellished by ghostly keys, all of which is reshaped and redefined – in some cases undercut – by choppy, no-nonsense drumming. It is a fascinating formula, one that led Dimly Lit’s place in not only my top 10 of 2013, but our esteemed Active Listener's as well.
Formed in 1999, Neils Children eventually disbanded in 2010, only to announce their reformation late 2012. With "Dimly Lit", the first fruits of this rebirth, NC have pulled off the most improbable of feats in rock: they created a reunion album that not only justifies reformation – it demands an encore. And so to cap off a triumphant year comes a single that decisively puts the lie to the idea that soufflés can’t be reheated.
"The Highs and Lows", the longer and more strident of the two, juxtaposes heavy and soft sounds against a rock-solid rhythm and a chorus that pulses with despair ("The world looks bad to me…"). Gloom never sounded this haunting and hypnotic…or this catchy. Clocking in at a whopping five and a half minutes, however, the track feels a little on the long side, but that’s a structural criticism that shouldn’t matter to anyone who likes the track in the first place.
Although both tracks impress, it is the B-side that is the real gem here. Beguiling and mysterious, "You" features wistful vocals over a lilting, summery backing that advances and recedes like waves on a dreamy, lysergic beach. Add to this peaceful seaside scene an unexpected – and truly welcome – blast of fuzz guitar that buzzes above it all like a bird circling its unwitting prey, and you have a bright summer on the dark side. And therein lies the essence of Neils Children’s brilliance.