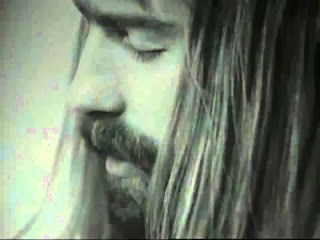 Considering the news over the last few weeks or so, it may be unfortunate timing for me to discover this now, but here's an extremely precious half hour set from Roy Harper filmed for a 1970 Norwegian TV show. It's lineage is hard to trace but Harper seems to think that it was likely filmed in 1969.
According to his offical youtube channel: "Roy has some vague recollection of the session but can't remember the 'where' or 'when'. We're working on that. Because of the songs being played, and the way some are being played, he thinks this session couldn't have been recorded after 1969."
Whenever it comes from, it's a stunner - a lovely solo acoustic performance, in remarkable shape for it's age and a joy to watch:

Track 1: One For All
Track 2: Today Is Yesterday (Original working title Garden of Gethsemane)
Track 3: Hell's Angels
Track 4: How Does It Feel
Track 5: Forever