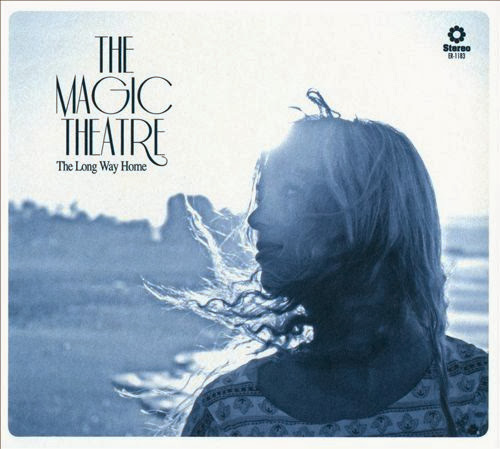 What a gorgeous and diverse baroque pop gem this is!
Album number two from the duo of Dan Popplewell and Sophia Churney follows up their unfollowupable debut 2010's "London Town" and wisely ditches the concept album trappings that they perfected first time out in favour of a more loosely connected set of songs with a subversive undercurrent of lyrical darkness.
The Magic Theatre's success hasn't been as immediate as my introduction may suggest though. The duo have been working together since the late nineties when their band Ooberman briefly flirted with the top 40 with their single "Blossoms Falling", followed by two critically lauded albums that refused to translate that acclaim into notable sales.
This history together has forged an instinctive, distinctive and memorable sound that recalls baroque pop forefathers like the Left Banke, without ever sounding like a throwback.
Popplewell otherwise earns his keep as a library music composer and his diverse arranging skills are set loose here to follow whatever whim he sees fit whether it be the whirling dervish of "Festival of Fire", the percussive cha-cha of "I Got The Answer" or the much more contemporary sounding "Cathedrals of the Mind" which has moments that sound like something Damon Albarn would cook up in a particularly inspired moment.
And check out the arrangements on opener "The Sampler" - it's like someone reined in Danny Elfman to score an Eleanor Rigby christmas special - OK, that would probably make a really miserable movie, but the arrangements here are just lovely.
Churney's voice is the perfect foil for Popplewell's rich arrangements, inhabiting these songs with the same sort of effortless pliability that Vashti Bunyan exhibited on her early Immediate recordings, with her vocal on the closing title track being a hanky grabber for all but the most cold hearted.
A perfectly conceived baroque pop album for the 21st century.
Sublime.