The Driftwood Manor "Of The Storm" Review 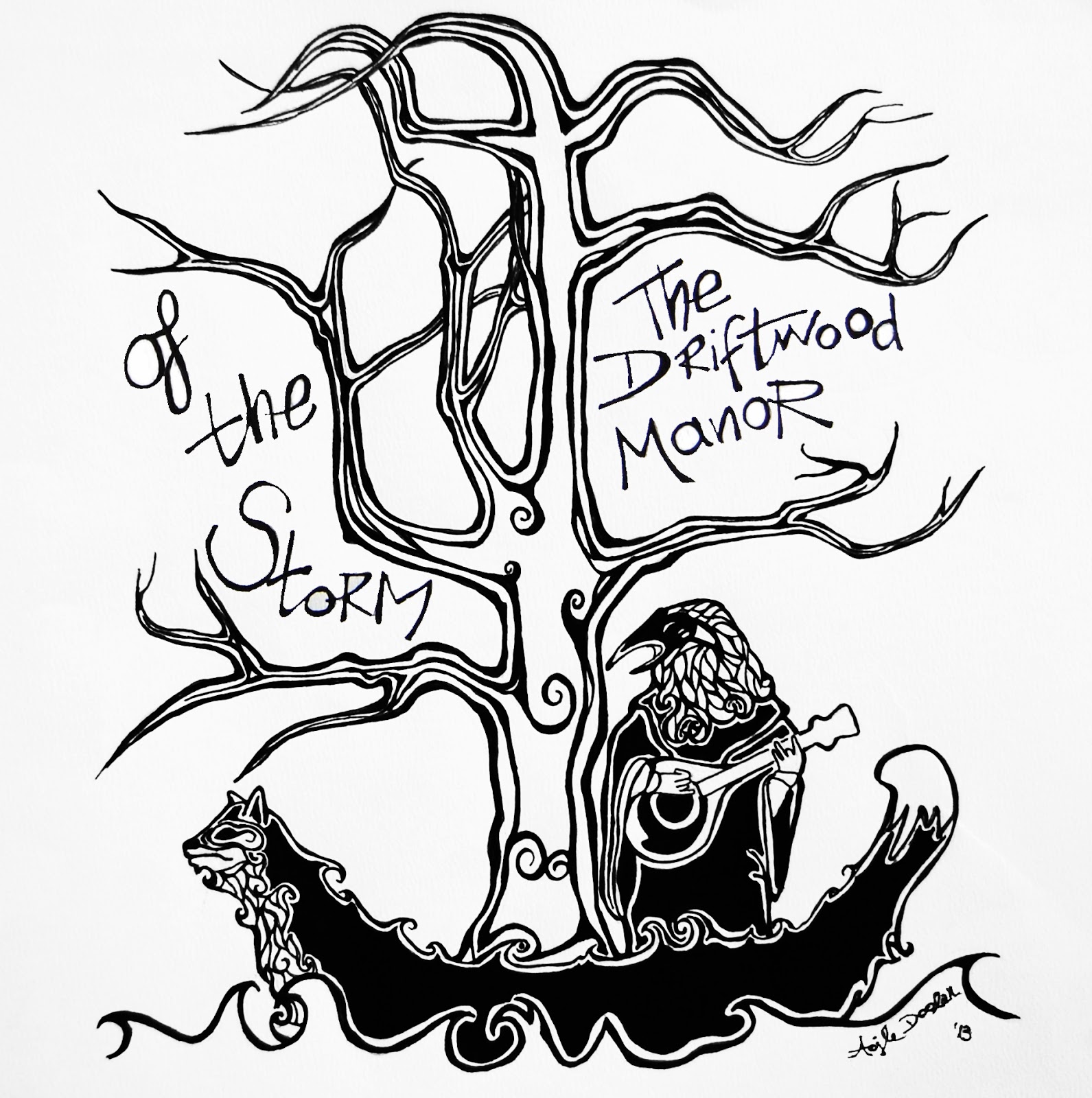 The Driftwood Manor, Eddie Keenan’s on-going folk project, are a relatively underground but still hugely prolific and darkly creative collective; this is their second album in roughly a year if you count the superb cassette/ download ‘A Cross Atop A Hill’. The press release accompanying this fine album describes these songs as being primarily of ‘death and loss’, touching upon similar lyrical concerns as earlier Driftwood material which could at times lean towards an almost gothic folk sound. Musically, although not as expansive and rich as ‘The Same Figure Leaving’ (which drew both critical and popular acclaim from those in the know), ‘Of the Storm’ is nonetheless a quiet yet powerful and often majestic album.
Opening with the acapella ‘Be There When I Die’, a plaintive and fatalistic lament, the album initially sticks to the more stripped back sound of ‘A Cross Atop A Hill’; ‘Afloat By The Grace Of Your God’ and ‘Among The Secrets Of The Rain’ are both warm yet starkly beautiful acoustic reflections that hint at a spiritual and more peaceful landscape than has been apparent on some The Driftwood Manor’s more twisted and barbed previous work. However ‘Tell Your Troubles to a Stone’ rectifies this with blasts of molten guitar and chanted, sinister vocals before switching to finish with a jaunty yet tense acoustic waltz. This is The Driftwood Manor’s forte; this is folk music and beautiful folk music at that (Keenan’s voice has never sounded better, it literally washes and crashes like waves upon the delicate and sparse backdrop of guitar, mandolin and bouzouki) yet there is also a hint of something else; something more experimental and darker at work. To watch the Wicker Man styled masked processions in the video for ‘Blackbirds Are Screaming’ gives an idea of some of the influences and machinations at work in this most enigmatic and reclusive project. A prime example of this off kilter and pagan infusion is this album’s ‘Ceremony’’, its flute and double tracked vocals speaks of crows, churches and the singer’s looming fate; an elegy to our own demise and the eternal circle of birth, death and rebirth.
‘I Never Will Love Anymore’ is a jig soaked in bitterness and resignation, bouzouki and bile. Similarly ‘If I Could Kill the Demon Drink’ is a paean to lost love and regret and sounds as ancient as the hills. This music is drenched in the landscape of the band’s native Ireland and if any of these tracks were listed as traditional rather than Keenan’s no eyebrows would be raised. These songs are timeless, dusty, filled with ghosts and speak as much of the past as the present; indeed there is sepia quality to these tracks, they exist slightly out of space and time. It is a rare magic that can cast such a spell but The Driftwood Manor are adept at both touching your heart and chilling your bones. ‘God Knows I’m A Sinner For You Now’ is a lovely, fiddle led Bonnie Prince Billy style affair, complete with hushed backing vocals from Brigid Power-Ryce and the most melancholy of vocals from Keenan. Album closer ‘Limbs’ is solely bouzouki and voice, suggestive of late period Nick Drake in its spooked and howling dread.
The Driftwood Manor have always been obtuse yet melodic, obscure yet familiar, traditional yet left field. Now they are increasingly mature, accomplished and producing music that may yet push them out of the underground. Their last three albums are as good as any that crop up in any ‘100 best albums of all time’ lists in the more mainstream music press. Time for you to start beachcombing.

Released on 12" vinyl by Private Press Music (www.privatepressmusic.com)  in December 2013, or digitally via Bandcamp below: