Orange Yellow Red "A Rose Made of Galaxies" Review 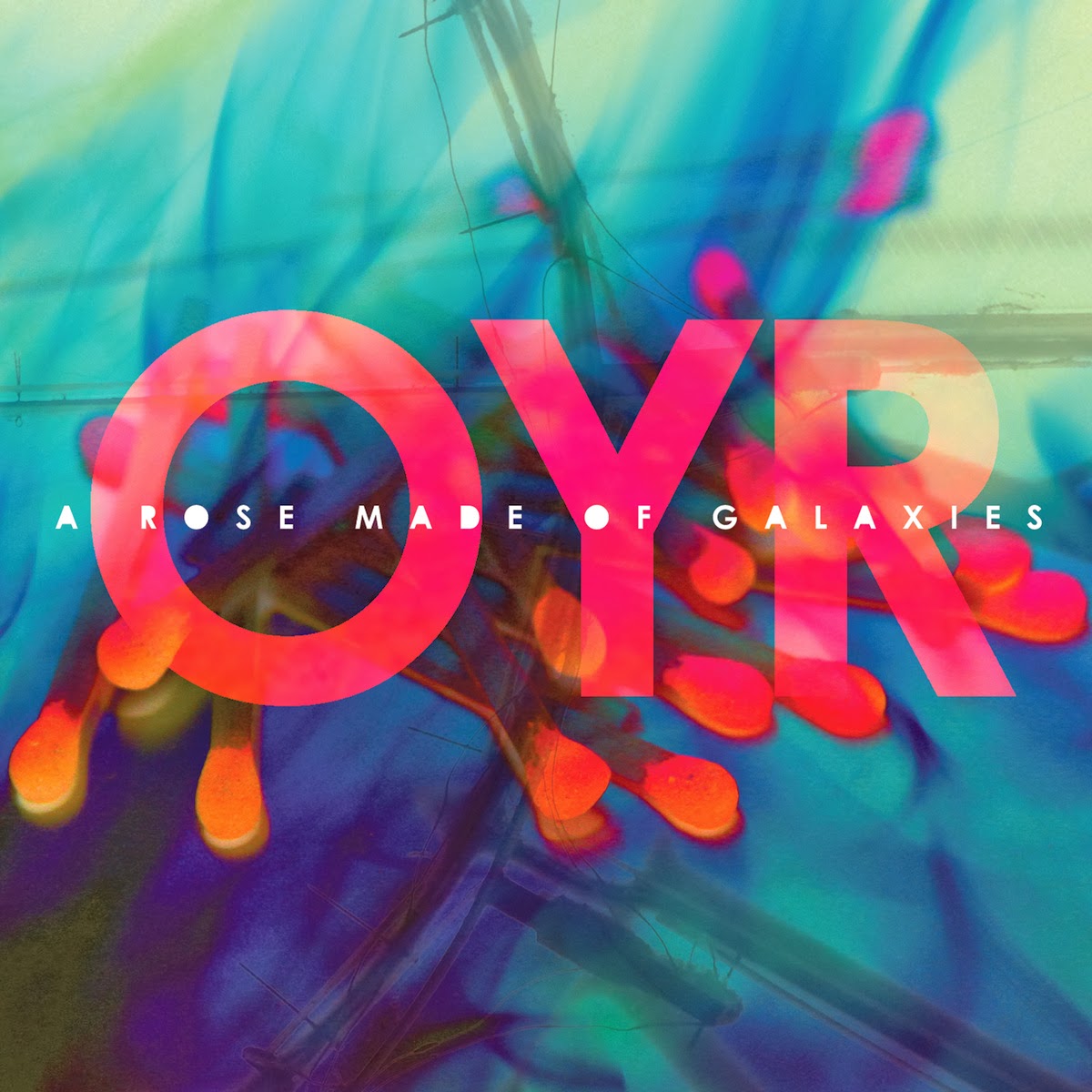 Is it just me, or is the recent shoegaze revival responsible for more excellent albums than the original movement? Don't get me wrong, I'm well aware that the classics and cornerstones of the genre mostly date back to the late eighties and early nineties, but in terms of quality material lurking just below the surface of popular awareness, I reckon the last few years have the early nineties trumped.
A lot of it's probably down to the support and non interference of the smaller and more sympathetic labels releasing this stuff now, allowing their artists to do what they do well rather than follow the latest trends (the original shoegaze trend being particularly short-lived if you believe what the U.K press had to say about it).
The resultant albums that are hitting the airwaves now are reveling in this freedom, and more often than not could stand shoulder to shoulder with classics of the day fairly incongruously, but also sound strangely contemporary today - much more so than the majority of their forefathers.
Austin, Texas's Saint Marie Records are one of the leading new shoegaze labels using this approach, and their November release (OK, I'm a little late on this one) from U.K trio Orange Yellow Red is all the stronger because of their patience.
Causing a splash with their debut demo "All The Hopes" which was picked up and comped by Geoff Barrow's Invada Records imprint, most bands would have felt the pressure to deliver a debut full length quick smart, but Orange Yellow Red have taken their time, not hitting the studio until they felt that they had a set of songs they'd want to own themselves, and the resulting album (over four or five years later) "A Rose Made of Galaxies" is well worth the wait.
The Cocteau Twins and the Cure are the two names that are most often used to reference OYR, and the comparisons are certainly justified with a spacious, expansive sound that sits squarely at the dreampop end of the shoegaze spectrum with Emma Hayward's ethereal vocal making the Cocteau's comparison almost inevitable.
And while there are plenty of moments that sound like they're directly inspired by these two acts -"The Sea" has a brooding, minor key quality that would have fit right in on the Cure's "Pornography", while "Into Your Arms" revelatory chorus pulls at the same heartstrings that Elizabeth Fraser used to routinely pluck - OYR are much more than a tribute act, with moments like the emotive chorus of excellent bonus track "Of Yesterday" having more than enough pull of their own, and perfectly balancing the visceral and the beautiful in a fashion that only the best pop albums in any genre manage.
I could happily wait another four years for another album this good from OYR, but I'm hoping I don't have to.

You can stream a few tracks from the album, or buy digitally or on CD here: