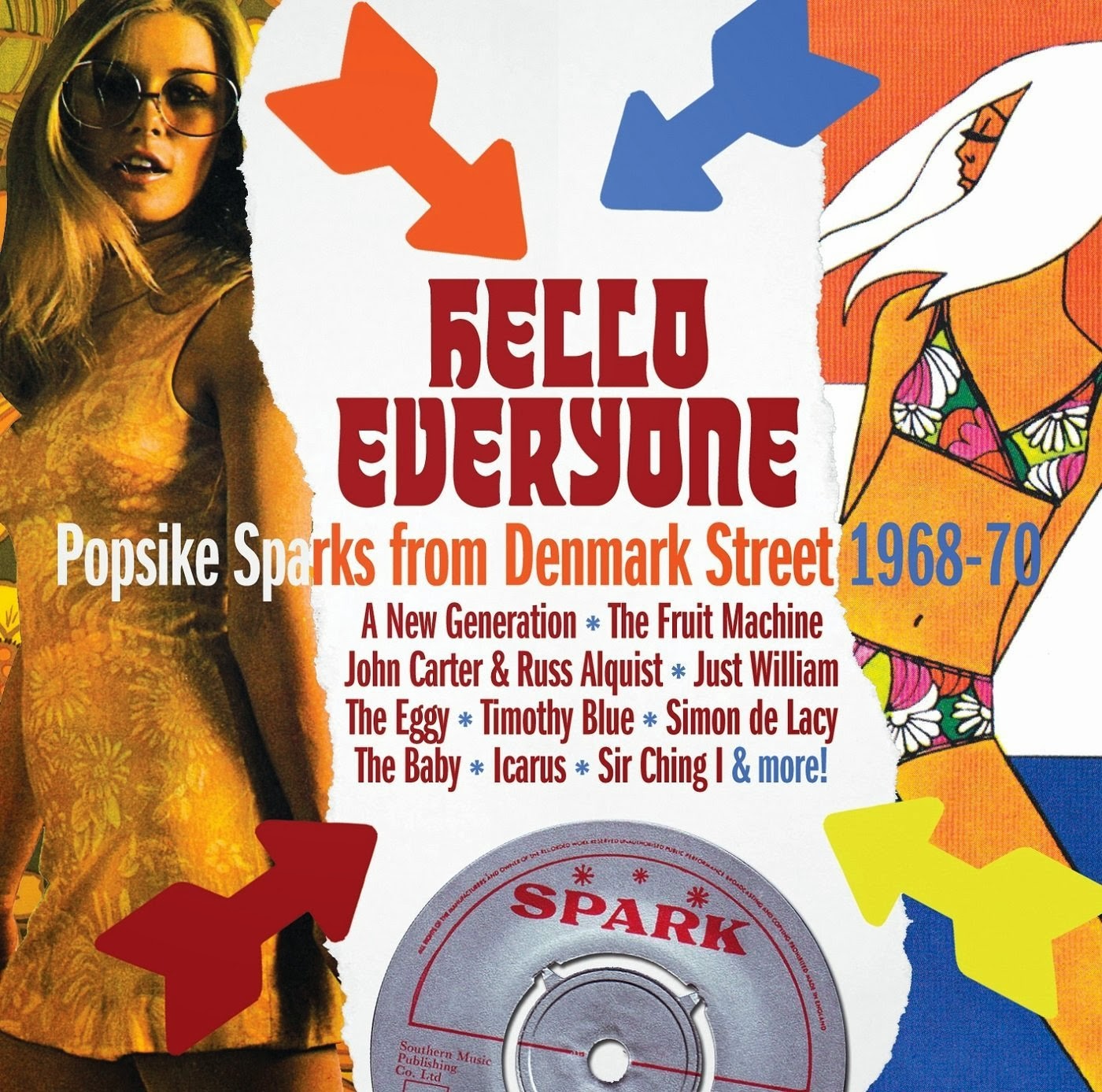 Cherry Red's U.K psych reissue imprint Grapefruit Records has already proven its worth recently with reissues of high-caliber and frankly essential artists like Kaleidoscope and Elmer Gantry's Velvet Opera, but it was the release of the three disc psychedelic / underground retrospective "Love Poetry And Revolution" that proved they also had serious crate digging chops too, an impression backed up even more by "Hello Everyone."
Compiling the best of the singles output of the small Sparks label (which this writer must confess he'd never even heard of), this is far more than the standard obscure label retrospective.
Relying heavily on the in house musicians, writers and studio wizards of their parent company Southern Music gives the material here a cohesive and identifiable sound that makes this collection fit together extremely snuggly - aided by the skills of future Alan Parsons Project member Eric Woolfson and the rhythm section of Richard Hudson and John Ford (contemporously members of Elmer Gantry's Velvet Opera, and future rhythm section for the Strawbs).
Also partly responsible for the distinctiveness of the sound here is an ever present wall of mellotron, which the hire company couldn't be bothered lugging up and down the steps to the basement studio, so tended to stay put and be utilized as much as possible.
But great musos and a mellotron don't add up to much if the material is sub-par, and the music that can be found here is amongst the best psychedelic pop music of the period with tracks like Val McKenna's flawless baroque pop gem "House For Sale", the Fruit Machine's moody and anthemic psych rocker "The Wall" and the Baby's proto glam/power popper "Heartbreaker" sounding like shoulda/coulda/woulda been hits - in fact there's very little on here that it's hard to imagine making significant inroads on the chart of the time, so it's surprising to learn that only the New Generation's "Smokey Blue's Away" troubled the chart compilers in any fashion at all, limping to a lowly 38 - no accounting for taste obviously.
And there are two cherries on top of this particular sweet treat; whereas almost everything else that appeared on the label was recorded in their own Denmark Street studio, Sparks label boss Bob Kingston found the money to fly to L.A and supervise the recording of Eartha Kitt's "Sentimental Eartha" album - an artistically, but not commercially successful attempt to update Eartha's image to fit in with the hepcats of the time. Judging by the two Donovan covers present here ("Wear Your Love Like Heaven" and "Hurdy Gurdy Man") it was more than worth the effort.
Compilation of the year so far, and if anything can beat it by year's end I'll be a very happy listener.

"Hello Everyone - Popsike Sparks From Denmark Street 1968-70" is available here.