Starving Daughters "We Were Eggs" Review 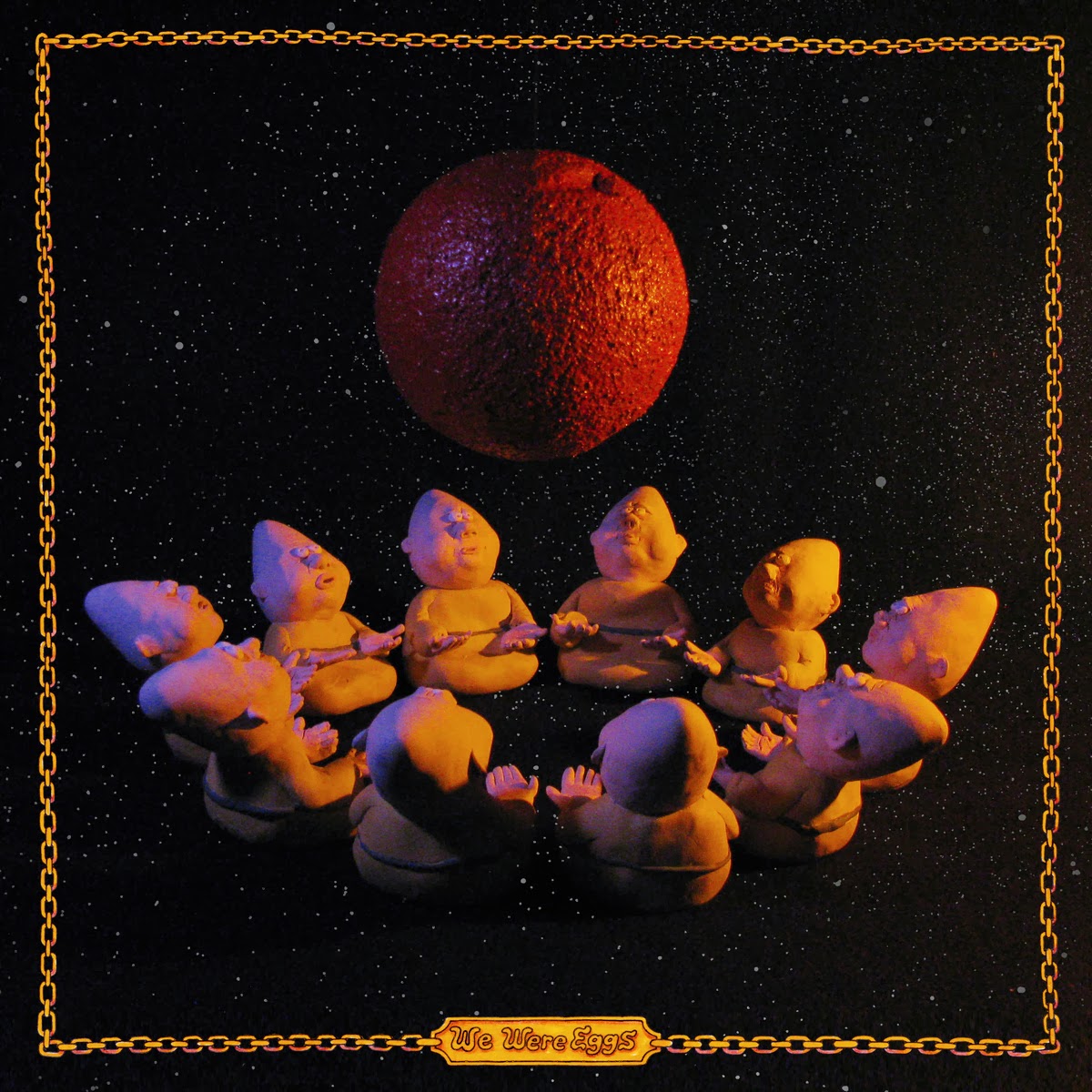 L.A based Starving Daughters spent a lot of time on their second LP "We Were Eggs" and it shows. There's a tendency to think of instrumental psychedelic music as jam-based improvisation, but these guys approach psychedelia with a progressive rock mindset that imposes melody and structure, but with plenty of room for spontaneity which "We Were Eggs" displays in spades.
Starving Daughter member Chris Tillotson also runs an excellent blog dedicated to rare library and soundtrack music of a progressive nature which gives a good clue to their mindset, but also a false impression as to what their music actually sounds like. Whereas the library genre is a fairly specialist field, the music that Starving Daughters create has a much more universal appeal - even more impressive when it's instrumental focus is taken into account. Eschewing vocals in favour of dialogue and vocal samples which should seem gimmicky but are so perfectly placed that it's hard to imagine the music without them, "We Were Eggs" is full of dynamic progressive rock with deeply psychedelic textures which will appeal to fans of either genres, even if they're usually turned off by the other.
I'm most often reminded of Pink Floyd, but a Pink Floyd with a much more focused sense of dynamics and an awareness of what a bit of urgency can inject into proceedings.
Much as I love them, instrumental albums (especially lengthy ones like this) can have a tendency to sound samey, but Tillotson and co. keep things moving at a rapid clip with plenty of diversity, and most importantly an abundance of memorable and lyrical melodies that makes differentiating the tracks here no problem.
They're full of surprises too. The fabulous "Migration Cosmics" starts out with an expansive half time space rock section before evolving into something that sounds like Link Wray tackling "Apache" through Neil Young's guitar rig. The title track has a jazzy, "Albatross" vibe. "Full Moon Mutants" is monolithic stoner prog rock with killer nasal fuzz tones. "Felix Darnell" builds an atmospheric piece of eastern exotica around an intoxicating vocal sample.
You get the picture - a varied and ambitious epic that slots together seamlessly despite it's many seemingly unconnectable strands, and an album that I'm sure I'll be poring over for a long time to come.
Marvelous.

Available here digitally or on vinyl: