Schnauser "As Long As He Lies Perfectly Still" Review 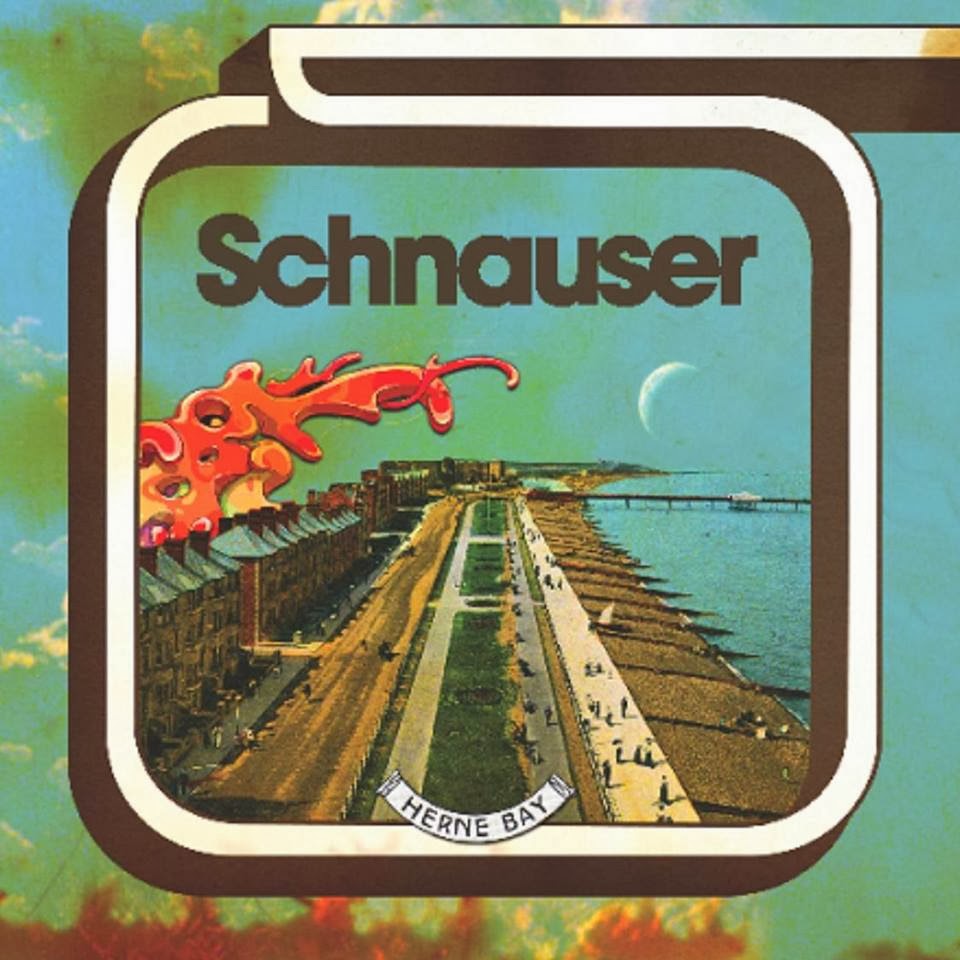 Prog-pop. There's two words that you don't hear together very often anymore, and two words that probably conjure unwelcome memories of monstrosities like this. Fortunately we have the wonderful Schnauser on hand to provide an alternative definition that doesn't involve dinosaurs struggling for continued relevance. It's quite an achievement to weave these two seemingly contradictory strands together, but as we saw last on year on their excellent full length "Where Business Meets Fashion", Schnauser are more than up to the task.
Now they've attracted the attentions of Fruits de Mer Records, and are back with a 7" single with two interpretations of classic prog pieces from the early years of the genre, before it began to put on weight and sweat uncomfortably. Before it was all about the seventeen minute organ solos, prog bands were finding an exciting balance between memorable songs and instrumental virtuosity which almost defines the Schnauser sound, and their choices here make a lot of sense to the evolution of their sound.
The first couple of albums from Yes (with Peter Banks on guitar rather than Steve Howe), have often been regarded as the runts of that particular litter, but have always appealed to me more than their later, more ambitious efforts. "Astral Traveller" is a great example of what those early albums offer, and Schnauser's take tickles my fancy perhaps just a little more than the original (which I'm also rather partial to), with the propulsive guitar and sinuous organ combining memorably, while the vocals easily soar to the heights attained by Jon Anderson in the original.
The flipside spends a little time with the Soft Machine's "As Long As He Lies Perfectly Still", giving it an unmistakeable Schnauser twist which like "Astral Traveller", accentuates the melodic content of the original without sacrificing any of the quirky instrumental flourishes needed to keep this peaking - particularly noteworthy is the outro which freeforms into some lovely textural space in a pleasingly mind-expanding fashion.
Limited edition 7" available here, pre-ordering is advisable as Fruits de Mer titles are notorious for being snaffled up in the blink of an eye, and this is one of their best 7" releases yet.

You can hear excerpts from both tracks here: