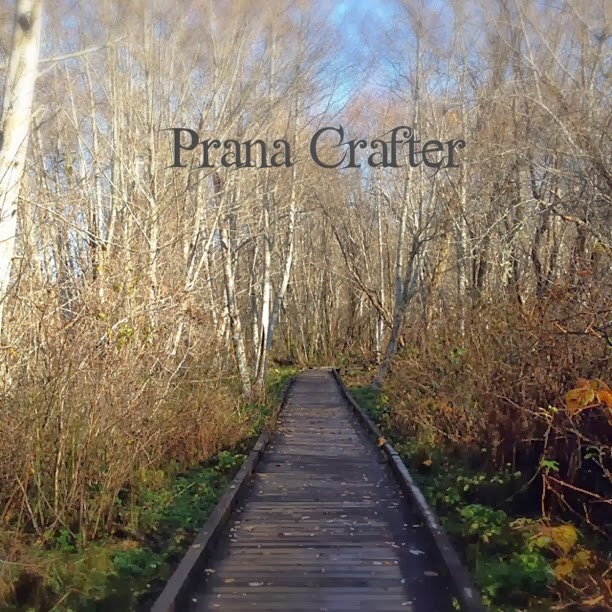 From the ever dependable Reverb Worship label comes the debut album from Prana Crafter, essentially Washington Woods guitarist William Sol. Entirely performed by the man himself this is obviously a homemade labour of love though, whilst there is a roughhewn quality to proceedings, this is no lo-fi, hissy tape recorded affair. The guitars ring like bells and overlay like soft, chiming blankets of sound; the muted vocals precise and spare yet affecting. This is an album of quiet yet powerful beauty and threat.
From opener 'Opal in the Dragon’s Throat Pt.1’, Sol’s stall is set out with beautiful bursts of tranquil yet spikey peals of guitar, not unlike Ben Chasny’s Six Organs Of Admittance or a slightly more skewed Neil Young. ‘Crown of Amethyst’ introduces Sol’s vocals which add yet more colour to the bewildering array of effects and sounds coming from what appears at times to be a guitar army of sorts. Indeed ‘Prana Crafter’s Abode’ has a deceptive strum and click which unexpectedly bursts into snarls of heavily distorted and abrasive distortion, again Chasny-like in its controlled and deliberate use of power yet utterly thrilling to hear. Sol’s guitar playing is a revelation, at times one part early David Gilmour to one part Godspeed You Black Emperor, sounding not unlike a hybrid of those acts rehearsing late at night deep in the woods. ‘Hearts in Trances (For Tara)’ is spellbinding; a melodic yet ragged paean to the respective love named in the title of the song. Sol’s vocals remind this listener of fellow backwoods dwellers and psychedelicists Mercury Rev; there is a similar Rev-like dreamy and surreal quality to the way that tracks fade in and out, often disorientating yet quite lovely in their appearance and unpredictable endings. In contrast ‘The Prajna Pines’ is a dark and solitary stroll through the woods at night, ominous and teetering on the edge of breaking forth into calamitous noise. ‘To The River Of Light’ is a blues styled lament, haunted by Sol’s high pitched wail and anguished warnings; clearly the river of night is not a good place to be. Strings and the buzz of insects add to the sense of threat; if Kurt Cobain were around now he’d be covering this in ‘Nirvana Unplugged’ fashion.
‘King Of The Seven Realms’ breaks from a strummed ghostly singalong into a tabla filled, distorted monster; think ‘Don’t Cry’ from Neil Young’s ‘Freedom’ but less showy, more genuine and with a sense of foreboding and remorse. ‘Descending The Jagged Mountain’ has some superlative fuzz riffing that puts Uncle Acid And The Deadbeats to shame and easily echoes early Sabbath; however there are no clichéd blues guitar solos here, instead these are monolithic guitar runs that threaten to collapse into an explosion of noise at any given point. These runs are kept on track by Sol’s extraordinary ability to experiment yet maintain the melody inherent in each of these songs. ‘Cells in Orbit’ is the most overtly psychedelic outing on the album, bells and synthesiser swooshes build around Sol’s plaintive cry ‘I found this world was so strange…’ The album closes with ‘Opal in the Dragon’s Throat Pt2’, acid guitar weaving its melancholy path amongst feedback and fuzz.
Sol’s music is a midnight journey through till dawn on some tree lined uncharted back roads. Don’t stray from the path; you might be spooked but you’ll want to return again and again to these perfect coal black jewels of songs. That is the magic of Prana Crafter.
Available in a limited edition of 50 in a beautiful handmade sleeve featuring photography by Sol and Roger Linney from Reverb Worship.