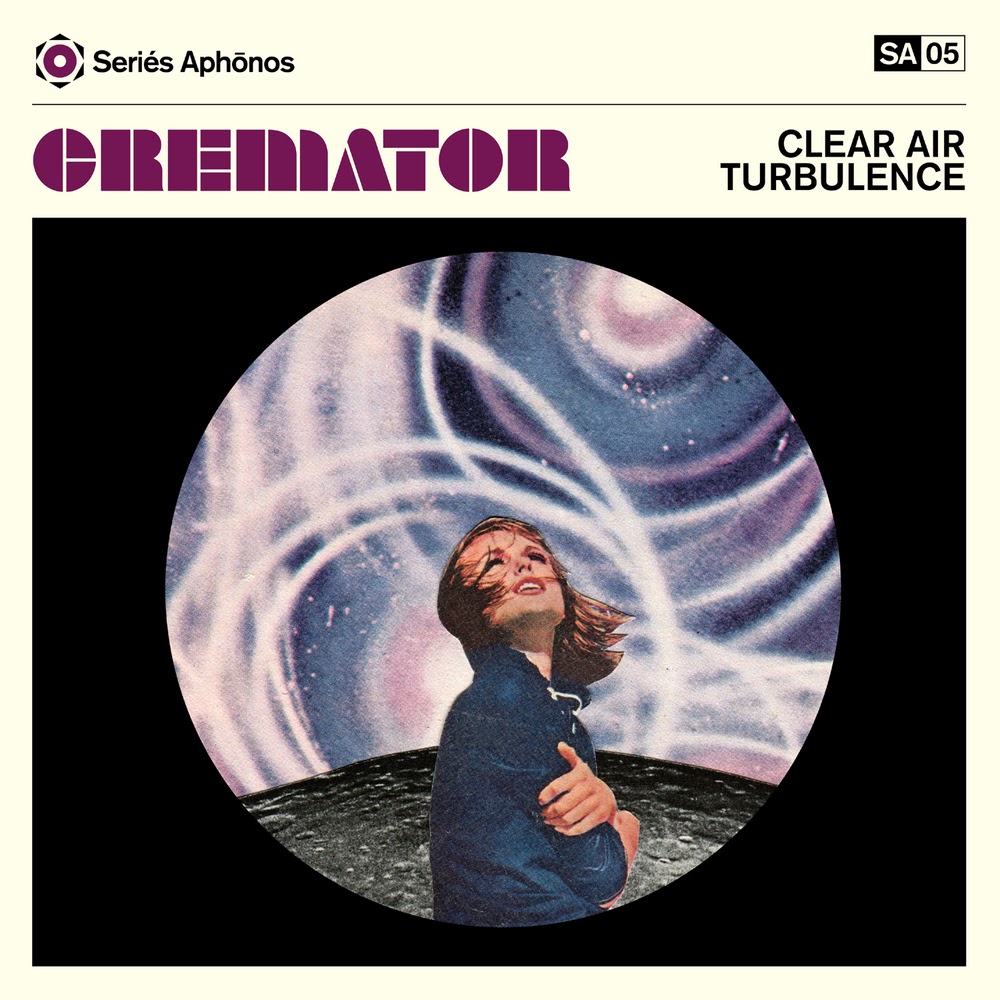 Clearly Matt Thompson feels that he doesn't get enough synth action in his dayjob as bass/keys man for London based, John Carpenter inspired synth proggers Zoltan.
Given the chance to experiment on his own, "Clear Air Turbulence" is a 100% synth odyssey with none of those pesky drums, bass or anything else that may distract from the matter at hand.
Drawing on an arsenal of vintage gear (Mellotron, MiniMoog, Moog Taurus, SCI Prophet 5, SCI Pro One, Roland Jupiter 8, Roland Juno 6, Solina String Ensemble and ARP Odyssey - bet that's got you studio boffins drooling), Thompson provides a series of melodic but distinctly uneasy listening opuses here that suggest something decidedly sinister and alien is just lurking around the corner, an impression aided no doubt by the excellent cover sleeve which wouldn't look out of place adorning a particularly groovy vintage John Wyndham paperback.
While there are still hints of a Carpenter influence in the sequencer programming of the gargantuan title track, the sci-fi angle presented here is less oppressive than your average mock-horror soundtrack, and shares parallels with the work of late seventies / early eighties BBC Radiophonic Workshop wizards like Peter Howell and Roger Limb, with frequent breaks in the tense atmosphere that offer glimpses of something wondrous and revelatory, reminding us in the process that the best sci-fi is as much about the quest for the unknown as it is about creepy menaces from outer space.
Impressive stuff, and a nice change of pace from the horror synth material flooding the scene at the moment.