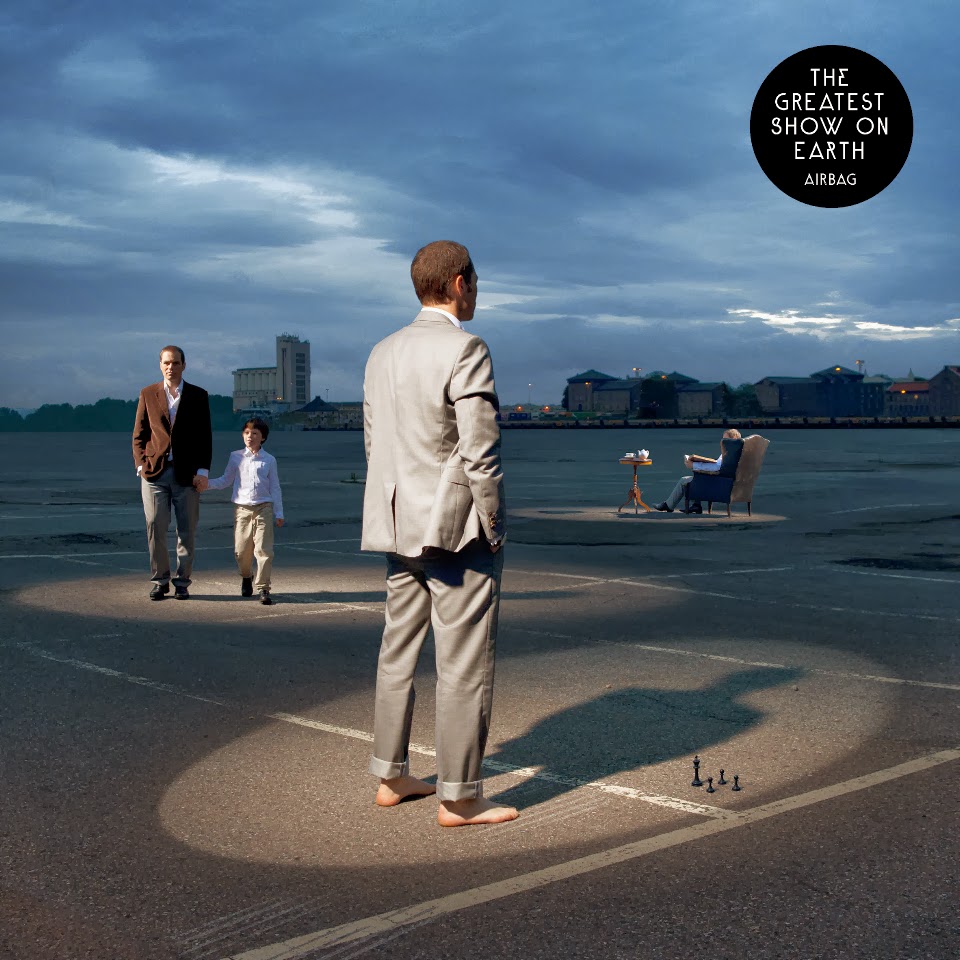 Airbag spent two years making "The Greatest Show on Earth" and you can tell they spent quite a bit of time working on the little bits and pieces. All of the instruments have a pristine recording quality that lets you hear every note, every kick, every delay and reverb. The album flows from one song to the next in a practical order for the ear building swells and then dropping down to near silence.
"Call Me Back" is the centerpiece that shows the patience Airbag has to let a song grow beyond simple songwriting structure.
"Redemption" comes closest to riffing guitars as it is pushed along by a bass and drum groove that keeps percolating as guitars explode occasionally and then lean back and allow the organs to add their menace.
"Silence Grows" is a piano-filled slow rocker that shows a gentler side to Airbag, and then they throw in a massive dual guitar solo so you don’t think they forgot about adding the guitars.
"The Greatest Show On Earth" is another mid-tempo piece that shows off Bjorn Riis’s guitar shredding ability, which is capable of performing extended solos over a 7-minute jam.
This leads us to "Surveillance" and the three parts involved.  Part 1 acts as an intro to the mood and sonic environment that Airbag are going to present. Part 2 and 3 are mixed together for an album side length of nearly 17 minutes that sum up all of the comments I made earlier; soaring guitar builds, mid-tempo contemplative grooves and did I mention lots of guitars?
Airbag admit on their website that they’ve been compared to late era Pink Floyd. As a listener I can say that I haven’t found a band that has tried to capture Gilmour’s tone or the tempo pace of Pink Floyd as heard on "The Delicate Sound Of Thunder" as much as Airbag has been able to. Airbag are able to take those references and then add in their own style that will have you agree that yes, you too, do like Gilmour’s solos but Airbag are able to touch that sound but still bring in their focus on songwriting with a modern sound that emits emotion and makes for a good listen.