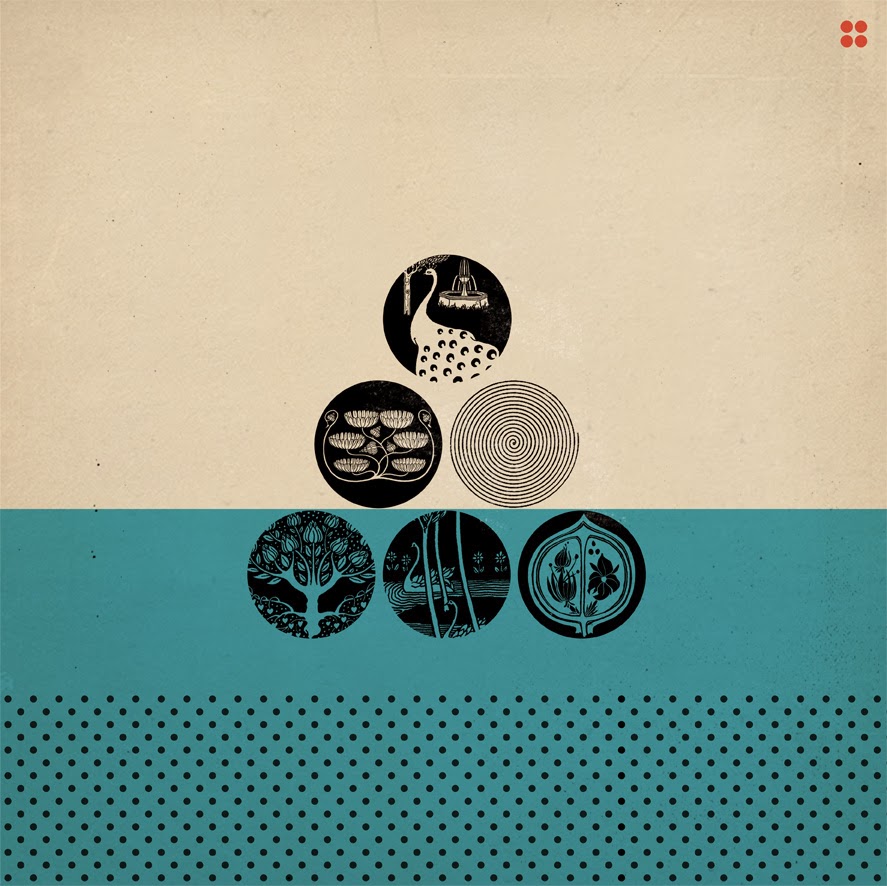 Creepy Swedish space-poppers Death & Vanilla have gained a legion of fans since the original 2010 release of their debut E.P which was released on CD only and in a run of only 100, which as you can no doubt imagine are pretty hard to find now. Good news though for recent converts - there's now a vinyl reissue of that original E.P bolstered with three extra tracks that if anything, are even better than the original contents.
The original four track E.P finds a nice middle ground between Broadcast and Portishead, with tracks like "Ghosts In The Machine" accentuating the twangy, tremeloed guitar end of their sound in a fashion that will make John Barry fetishists salivate uncontrollably. "The Colour of Space" treads similar spooky ground to Portishead's "Mysterons", which is fittingly appropriate for a tune that borrows its title (well, nearly) from the works of H.P Lovecraft. If this had been released in the sixties it would have been on one of those exploitation records  "Space pop for your next seance!" or the like. Pretty great stuff.
The three additional tracks here are pretty special too. "Ascend & Descend" is an instrumental piece of space pop jazz, where the fabulous rhythm section are allowed to let rip with some lovely, loping double bass standing out amidst the spacey atmospherics. "The Dödens Vaniljsås Theme" balances melody and tension in just the right ratios to fittingly act as the band's theme tune, while closer "Between Circles" (which pre-dates the original E.P) shows that these cats had a pretty good idea of what they wanted to do from day one.
Highly recommended, and an ideal starting point for the neophyte.

Available on vinyl, or digitally here: