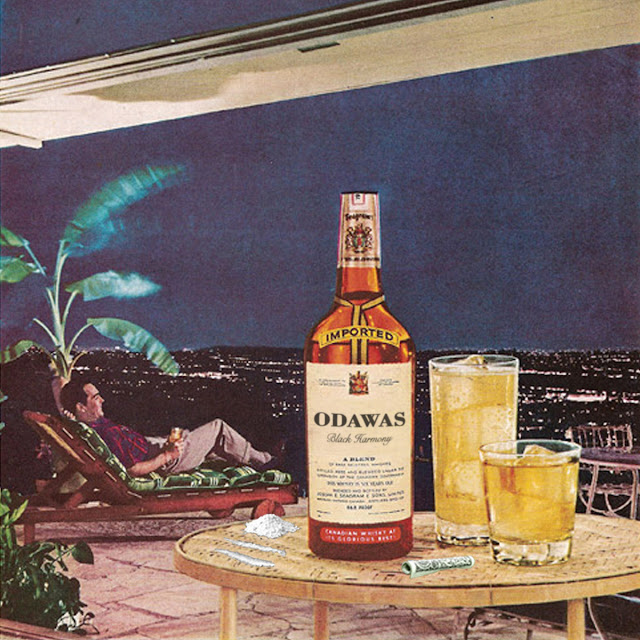 According to Isaac Edwards (half of Odawas), “Black Harmony” filters personal hardships through a fantastical lens, lending an emotional aspect to some purposefully odd “narratives” – as well as the arrangements – “about star-crossed soldiers finding perfection in the desert, Prohibition-era murder and espionage, crime scene investigations in pastoral meadows, and finding comfort in the hallucinatory madness of Nebraska.” Partnered with singer and songwriter Michael Tapscott, the two masterfully blend Americana folk with dense, cinematic soundscapes that lend galactic portent to the very American stories told through their songs. And they’ve been doing so for a long time: since forming in Bloomington, Indiana in 2003, the two have released several records with Jagjaguwar Records before moving to Parisian label Bookmaker Records in 2014. If you’re struggling to grasp their sound, Tapscott and Edwards channel a sort of lo-fi maximalism – at least for this listening recalling the best tracks from the Flaming Lips, the Magnetic Fields or early Grandaddy. The songs are straightforward in structure, but, in execution, they could have taken any form; whatever was expected of them, Odawas chose the other path.

Through the record, you’ll find a few instrumental breaks. “The Stevedore” and “Ambient” bring to their respective sides of the album some welcome aural weirdness, full of swirling synths and layered vocal sampling or rural sampling. “Duck, You Fucker” introduces what may be yet another genre into the mix, something very much like spaghetti electronica, sounding both like a whip snap and a UFO sighting.

With a few friends joining them this time around, Tapscott and Edwards have created another installment of hazy, psychedelic folk that somehow wrangles both Klaus Schulze and Neil Young into the same beer-can-littered apartment with a view. The rent’s late and there’s no electricity, but Odawas taps into something beyond the narrative cycle of failure, channeling some grand potential from the smallest – and darkest – corners of life.

“Black Harmony” is available below in digital formats or limited edition cassette from Bookmaker Records.

It took a few listens, but I think that’s the point and the sign of a great album.