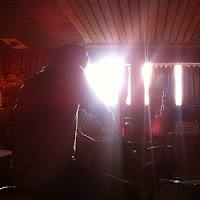 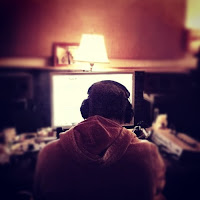 Recorded recently at Vernon's April Base Studio in Wisconsin, the record "will only sound like a hip-hop record to a certain degree." Astronautilus stated in an interview with City Pages.

The music was written by Vernon, Carey and Olson, with Astronautilus freestyling the lyrics in studio.

Astronautlilus also stated in the City Pages interview that they're "hell-bent on getting [the album] out really quickly" and that live shows will follow.

The photos on the left, documenting the sessions are from Astronautilus' Tumblr page.