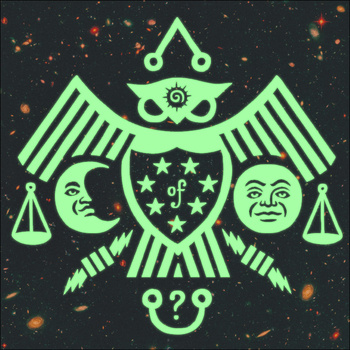 I first came across this album in 2010 when it was originally released - the reviews I'd seen for it lavishing it with praise as one of the best neo-psychedelic albums of recent times.
I gave it a quick listen, expecting some sort of psychedelic pop odyssey and was disappointed - the psychedelic influences were mild at best, far outweighed by a 70's am radio vibe.
It found it's way onto my ipod and was temporarily forgotten. Then a strange thing happened. A string of great lost pop gems from the seventies kept showing up when I had my ipod on shuffle, and invariably when I checked to see what they were, these chaps were responsible for them.
Expectation's a killer sometimes. If I'd approached this album with a more open mind I could have been enjoying it for much longer than I've allowed myself to.
For this review I'm going to try out a format that Active Listener friend Alan Bumstead uses on his excellent blog ( visit it here ). He writes his reviews track by track and in real time while listening to the albums so that you get an honest first impression with no revision afterwards.
Puzzle People:
This opener I have to admit is pretty psychedelic, but not really in a sixties sense. It's got more of the hard edged progressive sound of Levitation era Hawkwind about it - with busier basswork and a very catchy chorus which seems to channel Syd Barrett and Kevin Ayers.
Tower of Diamonds:
A much slower track with a lot more space for the instrumentation to breathe after the busy opener. A nice AM rock shuffle to the drums, with tambourines giving the chorus a bit of a motown feeling. The lyrics express a sense of childhood nostalgia for the eighties, while the musical nostalgia stretches back a lot further. You could imagine this one quite easily fitting in on early 70's UK radio.
The Lesson:
A massive eighties synth rock intro on this one, gives way quickly to pastoral washes of keyboards, before the rhythm section kick in. Some treated vocals and effects laden guitars. Not bad but after the killer choruses of the first couple of tracks, this feels like it's missing a little something.
Ancient Robots:
Great radiophonic sounding intro on this one leads into some nice tremeloed arpeggiated guitar parts, accompanied by soaring Beach Boys harmonies. Great chorus again with very strong harmonies, although the Beach Boys sounds have given way to a late Move / early E.L.O sound by this point. E.L.O and the Beach Boys really shouldn't gel this easily - probably the strongest track on here.
Raving Mad:
Great guitar work on the intro to this track - sounds a lot like recent Blitzen Trapper, but then the vocals come in and everything goes psychotropic and weird, but no wait, now it's all chirpy and chipper again. This is all over the place but remarkably cohesive. Big chorus too with insanely close harmonies that make me think of Little River Band ( sorry ). This track's a little longer so there's more of a chance for the band to stretch out with some nice instrumental passages - some nice quirky keyboard parts deserve special attention.
Let The Sirens Go:
Another very English sounding, pastoral and radiophonic style intro to this one - hard to believe they're from Detroit. The vocals on this are very heavily influenced by Roy Wood - and are all the better for it. You could almost imagine it as a tribute to the Move's Fire Brigade?  More nice, squelchy analog synth sounds too.
No Hero:
I had to check that someone hadn't sneaked a track from Donovan's Essence to Essence on first time I heard this. It's got the lazy, languid feel of that album down to the super slow guitar strums, swooning slide guitars and a chorus which includes the lyric : 'in this way I find peace in my mind '.
A very nice tribute to an underappreciated era of Donovan's music. Although Essence to Essence would probably have a few more fans if it could offer a few more tracks of this caliber.
Three:
Beach Boys influence worn very much on sleeve here. Very catchy - to the point where I'm sure I had already heard this somewhere before. Is this a cover, or just a very well observed tribute? Who knows.
The New Me:
Another intro seemingly plucked from 70's AM obscurity, traces of a Hollies ballad, before the chorus goes unapologetically Beach Boys again. Amazing harmonies, and lots of reverb on the guitars give this one a particularly effective period sound.
A Silver Song:
This would have been a massive hit if it'd been released in 1970 - a worthy follow up to Thunderclap Newman's Something In The Air perhaps, although this is a much more delicate song with wonderful sighing harmonies and a chorus to die for, which dissolves into some heavy guitar chaos just when it's in danger of becoming a little too sweet for it's own good. An expertly paced song - it's over six minutes but not a minute of it is wasted and the changes are all exactly where they need to be. A nice epic statement to finish on.
Who would have guessed that members of detroit garage rockers The Go ( Jack White was a member pre - White Stripes ) could make an album of such subtlety that sounds so quintessentially English? Great.
You can listen or download it for just $5 U.S here :

Email ThisBlogThis!Share to TwitterShare to FacebookShare to Pinterest
Labels: Conspiracy of Owls, Reviews