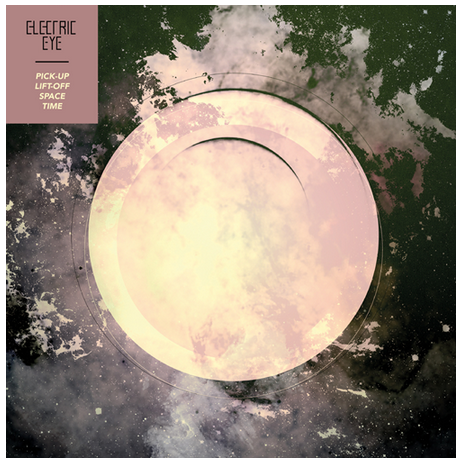 Norwegian space rockers Electric Eye have rewritten the book on how an album should be constructed with their debut.
Most label execs would jump out a window when confronted with the news that not only is their latest signing frontloading their album with it's three longest (and I mean loooong) tracks, but also that the longest of those three tracks is the intended single - all nine minutes of it.
Clearly Electric Eye's attendance at Rock College was patchy at best.
Electric Eye have bypassed this particular problem by releasing "Pick-up, Lift-off, Space, Time" on their own Klangkollektivet label, with worldwide distribution handled by Fuzz Club Records.
Now I'm a firm believer in grabbing the status quo by the throat and giving it a good shake every now and then, and Electric Eye prove with their debut that the greater the gamble, the higher the gain. "Pick-up, Lift-off, Space, Time" may be a bit of a mouthful as far as titles go, but the contents are some of the most palatable servings of space rock that I've come across in many a year.
There are many touchstones for their sound - the Verve's early E.Ps, Pompeii era Pink Floyd and Krautrock of the more organic type all come to mind immediately, and refreshingly there's very little evidence of Hawkwind devotion.
The first side is where all the heavier, beatier numbers reside with a sound that heavily recalls the nineties spacerock revival - the Verve, Spiritualized et al. First single "Tangerine" is certainly the most accessible of these with it's Eastern drones giving way to a propulsive motorik pulse with walls of guitar and a kaleidoscopic, widescreen chorus.
The flipside is a more spacious affair with the propulsive sonar bursts of "Morning Light" soon giving way to the riffy spacefunk of "The Road" and perhaps most successfully, the moody, ethereal closer "Electric Eye" with layers of mellotron bleeding through the expertly controlled guitar squall.