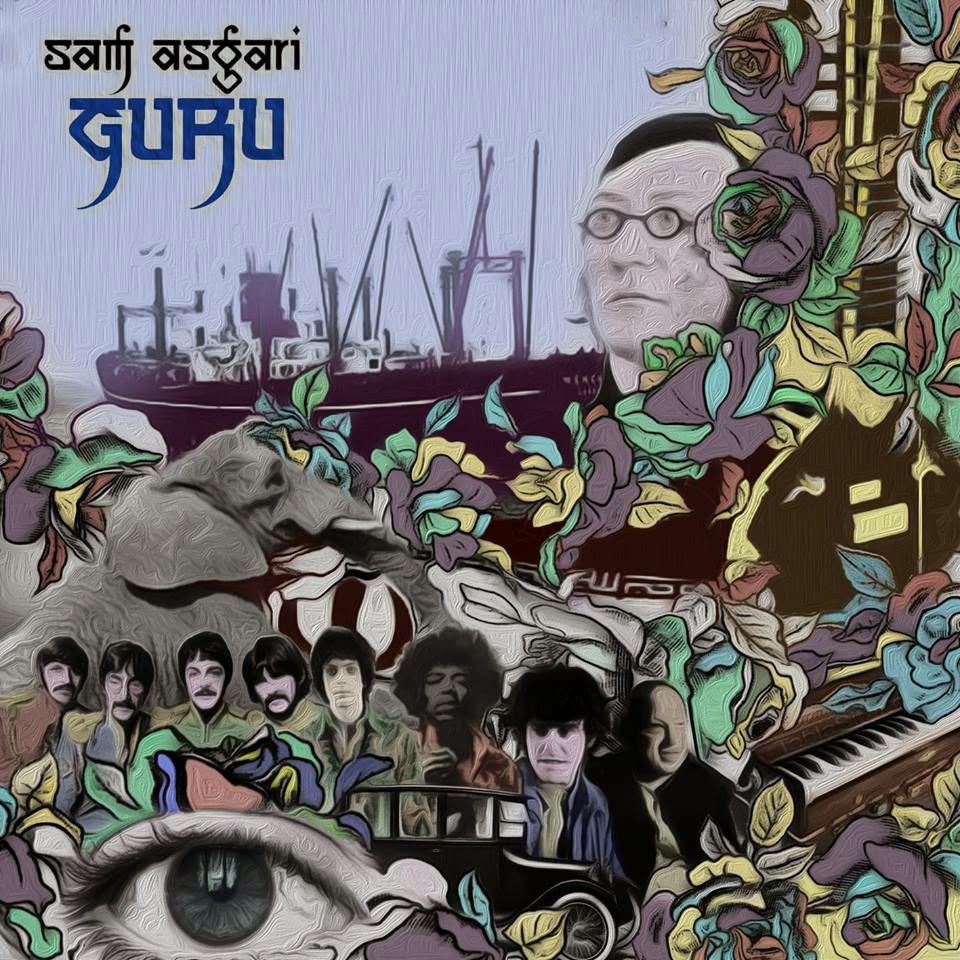 Norwegian Sam Asgari has a recent past as a producer in a more electronic vein, but saw the light recently when he discovered The Beatles' "Blue Jay Way", and his second album "Guru" is the first flowering of his full psychedelic immersion.

"Guru" is an album that has been shaped by listening to the masters - George Harrison, Donovan, Syd Barrett - but also by Asgari's own experiences traveling around India, the music of which is referenced frequently here.

Asgari's past work in the electronic field isn't completely left behind either, with tracks like the opener "Message" and "I am the Lotus Lord of Dance" being aural collages that integrate Asgari's sampling expertise without losing the ever present scent of patchouli.

"A classic encounter of the rock kind. The exploration of the aural landscape within, modernizes the visionary work of The Beatles and I. Be prepared to turn-off your mind." So says Donovan, whom Asgari has impressively managed to snaffle an endorsement from, and while the Don typically overplays his own hand a little, he does a fair job of summing up the appeal of "Guru". Tracks like "Child of the Autumn" could easily be from Donovan's own archives, and the Indian drones, backwards guitars and unerring melodic sense on display throughout makes this a total success in its intentions to continue on in a grand old tradition, without ignoring that which has come since.

If the idea of a more spiritual, Eastern influenced Dukes of Stratosphear appeals then welcome friend, you're not alone and you're very much in the right place.

Available in a limited run of 250 LPs with a lovely ornate, gatefold sleeve.